Bank, however, expects that Indian economy will recover in fiscal 2019 and achieve a growth rate of 7.2 per cent. 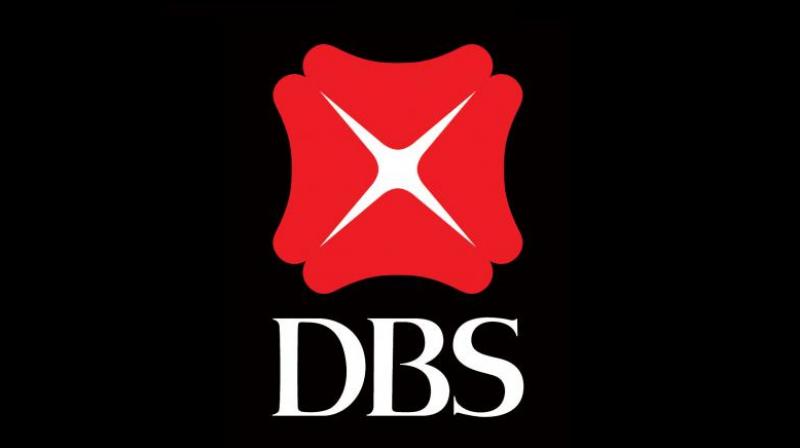 Singapore: Singapore's DBS Bank on Tuesday lowered India's GDP growth forecast for current fiscal to 6.6 per cent from the previous 6.8 per cent, citing that businesses were "still adjusting" to the new GST regime and there were "limited room" for fiscal support.

The Bank, however, expects that Indian economy will recover in fiscal 2019 and achieve a growth rate of 7.2 per cent. The Indian government will play a balancing act between reviving growth whilst maintaining its macro-stability credentials in fiscal 2019.

The recent rating upgrade from Moody's was a big boost to sentiment and is likely to lower offshore borrowing costs for Indian companies, it said in a country report "India in 2018/19".

But, it (the upgrade) comes at a time when risks to India's macroeconomic environment have risen compared to the past three years, according to DBS.

"With businesses still adjusting to the goods-and- services tax (GST) regime, slow progress in corporate deleveraging, and limited room for fiscal support, we have nudged down our FY18 GDP forecast to 6.6 per cent YoY from 6.8 per cent previously," it said.

Inflation is expected to edge up on higher commodity prices and stronger demand momentum, whilst the current account and fiscal deficits run the risk of re-widening.

These will test the economy's resilience against any unexpected event shocks, at a time when global tailwinds (oil and liquidity) look set to reverse, said the bank.

"We expect the economy to recover to 7.2 per cent Year- on-Year (YoY) in FY19, from a likely 6.6 per cent in FY18. Consumption is expected to drive this revival as households benefit from higher wages and allowances, along with benign inflation and wide real rates," it said.

The Goods and Services Tax (GST) tweaks will help lower the tax incidence on consumers. Lead indicators, including auto sales and personal credit growth (for urban spending), as well as non-durables output (rural demand) are expected to improve, the bank observed.

It noted that cyclical forces (twin balance-sheet stress and weak trade) and structural changes (expedited formalisation) have hurt India's growth in the past few years. Real GDP growth slowed from 7.9 per cent YoY in April- June 2016 (i.e. Q1 FY17) to a three-year low of 5.7 per cent in Q1 FY18.

However, incoming data has been pointing to some stabilisation in Q2 FY18 on restocking demand and better consumption before losing momentum again into Q3, according to the bank. The Indian Rupee (INR) will no longer be resilient to US interest rate hikes in the coming two years compared to 2016- 17.