Govt awaits clarity on Aadhaar Act from Supreme Court that has declared privacy as fundamental right. 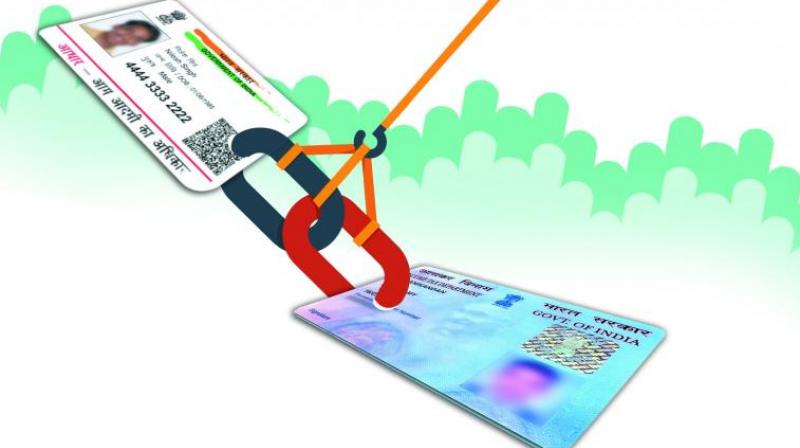 The deadline for Aadhaar-PAN linkage is August 31.

Mumbai: The government may not extend the last date for linking Aadhaar with PAN, which right now is August 31. Earlier, the deadline for filing income tax return was moved from July 31 to August 5, as the tax filing website had crashed due to huge rush on last day.

From this year onward, connecting Aadhaar with PAN has been made compulsory for filing income tax returns whose earlier deadline was July 31. With an extension of five days in tax filing deadline, the government also allowed linking of Aadhaar with PAN up to August 31.

Of late, several questions have been raised over government's order mandating linking of Aadhaar with PAN particularly in the backdrop of the Supreme Court ruling that set aside its earlier observations on privacy.

The SC has said right to privacy is part of right to life under Article 21, that makes privacy a fundamental right. A five-judge bench of apex court expected to issue a ruling on Aadhaar Act in the aftermath of its privacy judgement. The impending order will leave a wide ranging effect on many Aadhaar mandates.

So far, the Unique Identification Authority of India, which issues Aadhaar cards, has allotted these biometric-based documents to 115 crore Indians. Apart from that, there are more than 25 crore PAN cards, which have been issued to trusts, companies and individuals.

Given the current scenario, the government may not go for an extension in the Aadhaar-PAN linking deadline. The Finance Ministry has also said that demonetisation has helped increase the tax revenue and the number of filers.

The mandate for joining Aadhaar and PAN was mainly issued to curb black money and streamline the entire tax filing process. It also intendeds to prevent tax evasion and rising number of unaccounted wealth, according to the government. Through the order, the government wants to increase the number of taxpayers in country and widen the tax base. It also aims to enlarge the tax net.

In India, there are more than 6.5 crore taxpayers of which around 60 lakh new taxpayers were added during or after the fifty days' demonetisation drive from November 8 to December 31, last year. 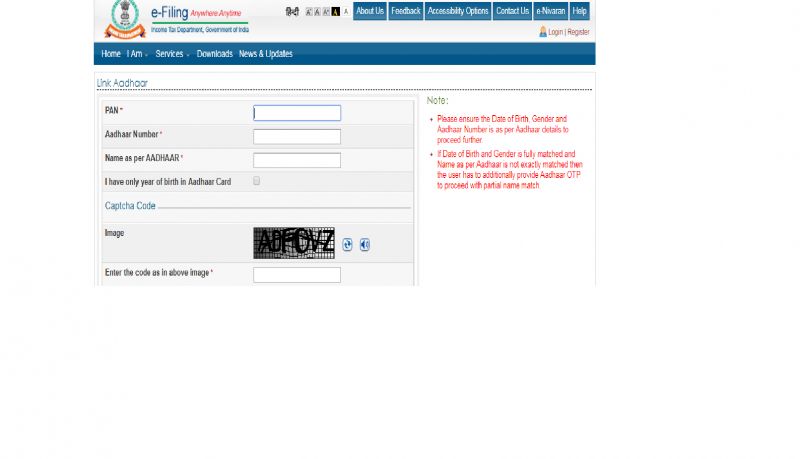 This is how you link your Aadhaar with PAN.

The above screen grab explains how you can link Aadhaar with PAN. The procedure is very simple. For that, you just need to log on to the income tax website. After that go to this section https://incometaxindiaefiling.gov.in/e-Filing/Services/LinkAadhaarHome.html.

After getting on to this section, you will get a page that seeks your personal details. Fill PAN, Aadhaar number, name as per Aadhaar card etc in the blank spaces. And, then just click on the button 'Link Aadaar' button. If your name on Aadhaar matches with that on PAN then you are through.