Mundra said the RBI is in discussions with the government to improve stressed asset resolution mechanisms. 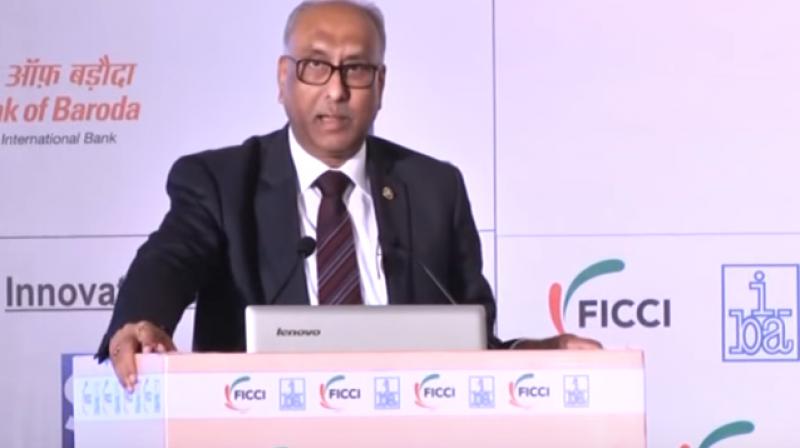 Mumbai: As the rupee touched a 17-month high against the US dollar, Deputy Governor S S Mundra today said the Reserve Bank does not target any range for the domestic currency and intervenes only to curb volatility.

"We don't target a particular range for the rupee. What we always do is to curb the undue volatility in the (forex) market," he told reporters on the sidelines of Exim Bank's annual commencement day lecture here.

"Whatever has to happen in the market should happen in an orderly fashion," Mundra said, hours after the rupee closed at a 17-month high of 65.04 to the dollar, appreciating by 37 paise in a single session.

This is the highest closing for the domestic unit since October 28, 2015 when it had settled at 64.93. Foreign investors have pumped in about USD 6 billion in capital markets so far this month, buoyed by expectations that BJP's victory in just held assembly polls would lead to more "bold, reformist policies" in India.

Meanwhile, Mundra said the RBI is in discussions with the government to improve stressed asset resolution mechanisms which can help banks, but did not spell out any details.

"What we have mentioned is that this is not a situation where there can be a 'one model fits all'. There are already several tools which are available...If need be, if some more tools are required, it can also be thought of," Mundra said.

The Deputy Governor had last week said consensus is building on the need to give more teeth to the existing instruments like the oversight committee rather than having new tools to deal with bad loans.

Asked for more details on how banks go about taking haircuts on impaired loans, Mundra said there is a need to have a "right process" in place on this aspect. "There can never be a uniform thing, either for individual cases or sector.

It will be case to case. But the endeavour is that a right process is put in place so that there is a fairness and transparency.

That is what we are trying to put in place," he said. Meanwhile, Mundra declined to either confirm or deny reports of the RBI placing four state-run lenders under watch but said if any action has been taken, it is routine in nature between the supervisor and supervisee.