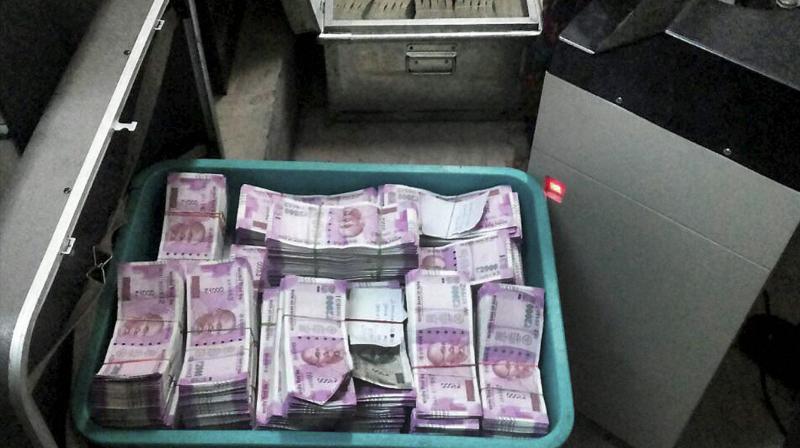 New Delhi: The GST investigation wing has detected tax evasion of over Rs 2,000 crore in two months, and data analysis reveals that only 1 per cent of over 1.11 crore registered businesses pay 80 per cent of the taxes, a senior official said on Wednesday.

CBIC member John Joseph said alike small businesses who are making mistakes while filing GST returns, multinationals and big corporates too have slip-ups. "If you look at the way tax revenues are paid, it gives an alarming picture. We have registration of more than 1 crore businesses.

"But if you look at where the tax is coming from, it is less than 1 lakh people paying 80 per cent of the tax, one does not know what is happening in the system, it is an important thing to study," Joseph said at an Assocham event here.

Joseph, who is also the Director General of Goods and Services Tax Intelligence (DG GSTI), said the analysis of composition dealers data shows that most of them have an annual turnover of Rs 5 lakh. "This shows that a lot of compliance is required."

Under the composition scheme, traders and manufacturers are allowed to pay taxes at a reduced rate of 1 per cent, while restaurant owners have to pay at 5 per cent rate. The scheme is open for manufacturers, restaurateurs and traders whose turnover does not exceed Rs 1.5 crore.

"Government revenue is being taken away. We in a short period of 1-2 months have detected over Rs 2,000 crore evasion which could be only the tip of the ice berg," Joseph said, adding the GST Intelligence wing will step up efforts in the days ahead.