The Goods and Services Tax (GST) will be launched on July 1 and will subsume a host of indirect levies like excise, service tax and VAT. 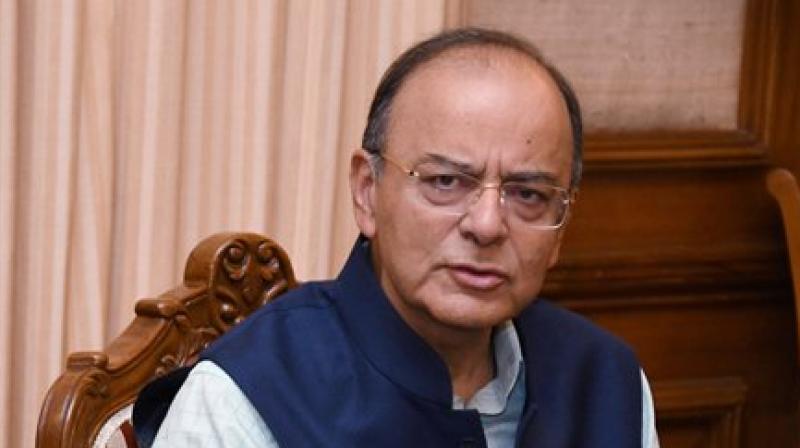 New Delhi: Finance Minister Arun Jaitley today said people may have to face some difficulty initially as the GST is rolled out but in the long run the new indirect tax regime would help cut tax evasion and check price rise.

He also said the GST Council will look at bringing real estate within the GST net by next year and revisit taxing of petroleum products under the new regime in 1-2 years. "To begin with, people could face some difficulties because any change over has its own problems. But it will settle down and the country will benefit from the new indirect tax regime," Jaitley said at an event organised by ABP News.

The Goods and Services Tax (GST) will be launched on July 1 and will subsume a host of indirect levies like excise, service tax and VAT.

While products like kerosene, naphtha and LPG will be under the ambit of GST, five items -- crude oil, natural gas, aviation fuel, diesel and petrol have been excluded from the basket for the initial years.

Jaitley said that while negotiating with the states on GST there were some "tough" issues like petroleum and potable alcohol on which states were unwilling to leave their taxation powers. "If we insisted on that, then the deal would have been broken. The Constitution amendment provides that petroleum products can be taxed under GST as and when GST Council decides. And once GST is implemented, in 1-2 years once again the Council will get opportunity to revisit it," he said.

Jaitley said he personally was in favour of a proposal mooted by Delhi Deputy Chief Minister Manish Sisodia to bring real estate under GST, but few other states were not in favour. "It was then decided that let GST be implemented first, and then after one year we will deliberate on this again," he said.