The June quarter GDP numbers due this week will mark a slowdown from March quarter's 5.8 per cent year-on-year. 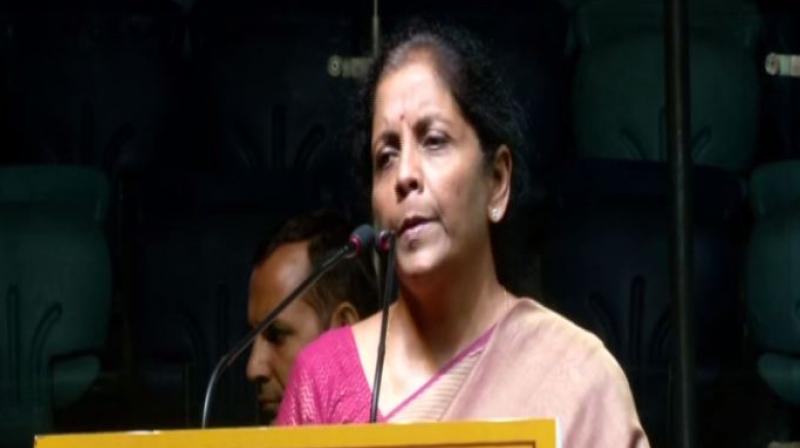 Singapore: The government may announce two more tranches of support measures over the next fortnight, following last week's economy boosting package unveiled by Finance Minister Nirmala Sitharaman, according to a report by DBS.

Sitharaman on Friday announced a raft of measures, including rollback of enhanced super-rich tax on foreign and domestic equity investors, exemption of startups from 'angel tax', a package to address distress in the auto sector and upfront infusion of Rs 70,000 crore to public sector banks, in efforts to boost economic growth from a five-year low.

"Taking a leaf of these recent measures, we reckon that the focus will be on finetuning measures along with an accommodative monetary policy, while steering clear of broad-based fiscal stimulus,” said Radhika Rao, Economist at DBS Group Research.

The latter, nonetheless, could come into play if growth risks turn starker in second half of the year and into 2020, she added.

"While these measures (announced on Friday) will help improve sentiments and buoy economic activity, we continue to see 30-40bps downside risks to our full-year growth forecast," wrote Rao.

The June quarter GDP numbers due this week will mark a slowdown from March quarter's 5.8 per cent year-on-year, as consumption contracted, investments in private and public sectors weakened due to elections and services sector was sub-par.

Third quarter growth is also likely to stay weak but stabilise as government spending resumes after the elections. An accommodative monetary policy stance accompanied by a jumpstart in the transmission process is also expected to lower lending rates.

Despite a better third quarter, evolving trends lend downside risk to DBS forecast. For monetary policy, limited fiscal implications from the latest fiscal measures keep the door open for further easing, according to the DBS report.

The latest RBI minutes from the August review saw the committee members accord high priority to limit weakness to growth and to jumpstart transmission.

"We retain our call for another 15-25bps cut at the October meeting, on the back of a weak 2Q GDP outcome later this week,” said Rao.

Challenging global conditions and a dovish Federal Open Market Committee (FOMC) might also add to the case for the RBI to take a growth supportive stance, though admittedly it will be a close call, said the report. Further easing will need to be balanced with preserving policy space after frontloading rate cuts this year, it said.

Relief gains are likely in bond and equity markets on positive domestics but gains in the latter will be restrained by an escalation in the trade war rhetoric. Absence of an aggressive stimulus programme, while the central bank remains focused on policy transmission, will restrain a sharper rise in yields. Global yields also look set to remain low for longer.

The USD-rupee, meanwhile, continues to watch CNY (Chinese Yuan) movements and broader dollar bias, which at this juncture points towards further rupee weakness owing to a weak global environment, said the DBS report.