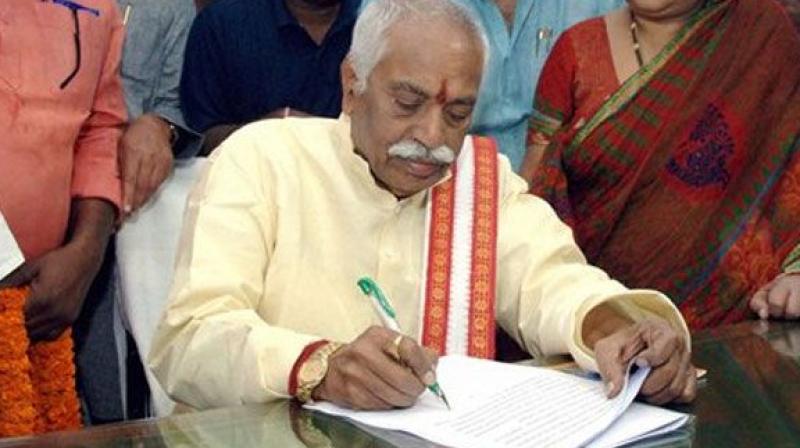 New Delhi: Retirement savings manager EPFO will take up the matter of stepping up its investment in the stock market to up to 15 per cent at its next meeting in Pune tomorrow.

Its advisory body Finance, Investment and Audit Committee (FAIC) will examine the proposal at the meeting to be chaired by Labour Minister Bandaru Dattatreya to raise the limit from the existing 10 per cent.

The Central Board of Trustees (CBT) is the apex decision making body of the Employees' Provident Fund Organisation (EPFO) that will take a final call on raising investment in stock market instrument -- exchange traded fund (ETF)-- for the current fiscal based on the feedback from FAIC.

If approved by the CBT, the EPFO can invest over Rs 15,000 crore in ETFs in 2017-18 as its investible deposit is around Rs 1 lakh crore every year. According to a status report on ETFs, the EPFO has invested Rs 21,050 crore in the market-linked product by the end of April 2017.

The EPFO started putting private provident funds in the stock market from mid-2015, beginning with 5 per cent of the investible deposits in equity or equity-linked schemes and was subsequently raised to 10 per cent.

Among others, the CBT may also deliberate on the proposal of giving one-year extension to SBI MF and UTI MF for the ETF investments for one year beyond June 30, 2017.

The CBT, at a meeting on April 12, had deferred the proposal to raise investments in ETFs as some of the employees' representatives pressed for vetting the move by the FAIC.

They had also raised the issue of having a definitive exit policy to liquidate investments in government securities, ETFs and state loans to maximise returns for its members.