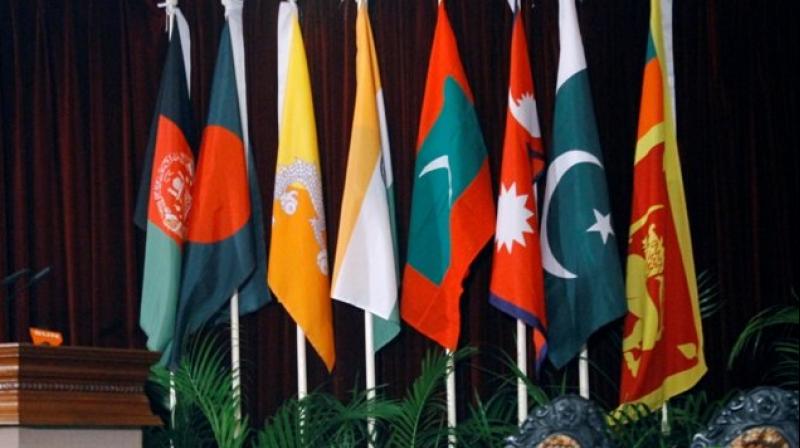 Islamabad: The SAARC countries have rolled out a raft of stimulus packages to boost investments, buffer private businesses and bolster growth in response to the COVID-19 pandemic that has upended life and disrupted economic activity in a region inhabited by over 1.8 billion people.

The World Bank recently warned that South Asia faces its worst economic performance in 40 years due to the deadly coronavirus pandemic which has been wreaking havoc worldwide.

It advised the governments to "ramp up action to curb the health emergency, protect their people, especially the poorest and most vulnerable, and set the stage now for fast economic recovery".

India, a USD 2.9 trillion economy - the biggest in the 8-member SAARC grouping, responded by unveiling a Rs 1.7 lakh crore (USD 22.6 billion) economic stimulus plan, providing direct cash transfer to poor senior citizens and women and free foodgrain and cooking gas to give relief to millions hit by the lockdown.

The central bank cut the key interest rate by 75 basis points to make loans cheaper and provided Rs 1 lakh crore of liquidity to the market. Also, a moratorium on repayment of loans for three months has been provided.

The government has suspended the Insolvency and Bankruptcy Code for 6 to 12 months to give breathing space to companies trying to secure the necessary financing, renegotiating loans, and attempting to secure other reliefs from banks.

In Pakistan, when Prime Minister Imran Khan announced the lockdown last month, there was little resistance initially from the private sector.

To pacify their concerns, the government announced a Rs 1.2 lakh crore rescue package to help businesses and vulnerable people. Separately, the government has decided to allocate Rs 7,500 crore for small and medium enterprises.

Bangladesh has announced a USD 11.6 billion stimulus package to support the economy, with a primary focus on supporting the manufacturing and service sectors, agriculture and social safety nets.

Sri Lanka's economy, hit by the COVID-19, is struggling to overcome the crisis.

On March 31, the central bank announced a USD 250 million refinancing facility for banks, enabling them to expand their lending capacity by Rs 40,000 crores to businesses, offer loan repayment moratoriums and provide working capital at 4 per cent interest.

Nepal's business sector is expected to suffer a loss of around USD 1.25 billion due to the halting of economic activities during the lockdown, says Umesh Lal Shrestha, Vice President Associate, Federation of Nepalese Chamber of Commerce and Industries.

The Maldives government has announced an emergency 2.5 billion Maldivian rufiyaa (USD 161.8 million) stimulus package to shore up the local economy against the coronavirus pandemic, a local media report said.

Bhutan's economy is having its worst year in the recent history with the GDP growth projected to decline by anywhere between 1-2 per cent depending on how long the pandemic lasts, Kuensel newspaper quoted economic affairs minister Loknath Sharma as saying.

The Afghan government has allocated about USD 25 million to deal with the crisis. The World Bank has approved a USD 100.4 million grant to support the war-torn country's weak economy.