US-India economic engagement is underperforming in spite of the progress that has been made over the past 30 years. 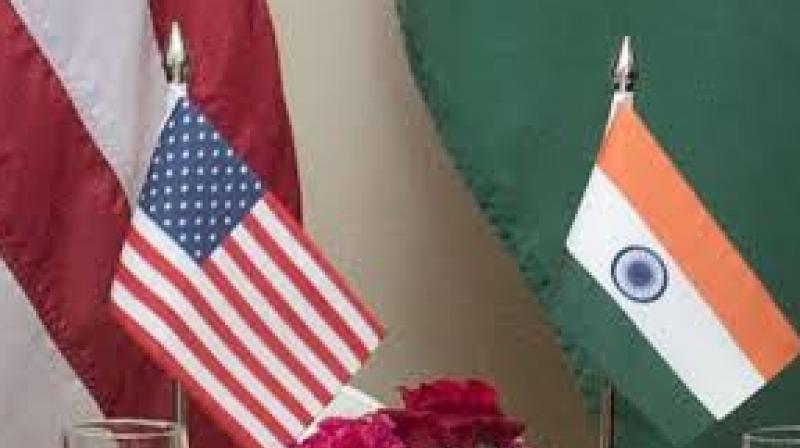 Total bilateral trade in services in 2017 was USD 51.8 billion, an increase of 11 per cent from the previous year.

Washington: Observing that India-US economic ties have not matched the soaring rhetoric of strategic pronouncements, eminent American experts have pushed for trade negotiation that is broad enough to encompass fundamentals of bilateral economic engagement.

The way forward is to begin now on serious negotiations for a US-India free trade agreement, said Raymond E Vickery, former US Assistant Secretary of Commerce and Trade Development.

"As we look toward the future of our trade relationship and how it might be enhanced, the FTA is the end game and we all know it is an aspirational goal,” said Susan Ritchie, a former State Department official who managed digital economy policy issues including Internet, data flows, privacy, e-commerce, trade and telecommunications.

Vickery and Ritchie, who are now in private sector, pushed for India-US free trade agreement during a panel discussion on 'Economic and Immigration issues facing the US India partnership' organised by the US India Friendship Council at the US Capitol.

Noting that the list of differences between the two countries have increased in recent years, Vickery said the only way that these myriad trade conflicts can be solved and freer economic engagement again become the engine that pushes the relationship forward is to have a trade negotiation that is broad enough to encompass the fundamentals of economic engagement between India and the US.

"The resulting understanding can be called a 'free trade agreement', a 'trade and investment framework', 'trade promotion agreement', or one of the other euphemisms used to describe a freer movement of goods and services between the US and India. The important point is not what it is called, but what it does," Vickery argued.

"Perhaps the way to go at this point is a bilateral approach that can flush out the alternatives and provide broad enough scope for the tradeoffs that will be necessary. The reality is that the US-India economic engagement is underperforming in spite of the progress that has been made over the past 30 years."

"The best way to approach these seemingly intractable issues may well be to consider on a bilateral basis specific broad-based projects where benefits to the average citizen can be shown on both sides. Then steps can be agreed to lessen the trade impediments to the realisation of these projects,” Vickery said.

At least such an approach can move forward an economic relationship that is progressing in spite of trade discontinuities, he said.

"The reality is that, long term, no number of military training exercises or exchanges of security personnel or sharing of intelligence is going to provide the close strategic partnership that both sides envisage without a stronger economic relationship,” he argued.

Observing that so far the discussion on FTA has stalled or been viewed as unrealistic due in large part to India's protectionist behaviour related to goods, Ritchie described this as a aspirational goal. The immediate goal is a Roadmap to an FTA, she noted referring to a similar remarks by the US Ambassador to India, Kenneth Juster.

"I emphasise Roadmap as there is much work to be done to enhance the logistics of trade and there is even more work to be done to influence the current philosophy and policy around trade," said Ritchie, vice president, technology, media and telecommunications US India Strategic Partnership Forum (USISPF).

"India is projecting a USD 1 trillion digital economy by 2025 –an opportunity we must be in the position to leverage,” she said.

Bain & Company estimates that, within five to seven years, 600 million Indians will be consuming content and transacting digitally over smartphones.

The strength of the IT services industry – which serves as the world's back office as well as develops software as a service for the US and Europe -- is expected to double in the next seven years, she said.

She told the audience to consider the market potential of selling to the public sector as India's state and central governments rapidly work to move government services online.

"India is not just moving traditional government services online, but also looking to expand services – for example, setting up cloud storage for citizens' use, initiating their own digital payments ecosystem and establishing data exchanges for sectoral use, such as health care," she said.

"While the public-sector opportunity in its own right represents enormous potential as well as a sustainable business opportunity, we must consider how these government provided services can potentially crowd out private investment,” Ritchie said.

In the G20 digital economy taskforce, India is embracing best practices and supporting key concepts such as data flows across borders and an open Internet, she said. Last month, the Indian Department of Commerce released its draft National Strategy on Standards. The intent articulated is to build a culture of standards that align with International Standards setting processes and principles for conformity assessment, she added.

"This is the type of philosophical change the US private sector will need to see reach implementation in order to increase investment and participation in the market. Change in protection and enforcement of Intellectual Property rights is long overdue, but we do see a philosophical shift as India realizes the benefits of strong IPR protections for its burgeoning start-up community,” Ritchie said.