Report says pressures on stock position and prices cannot be ruled out in the forthcoming sugar year 2018. 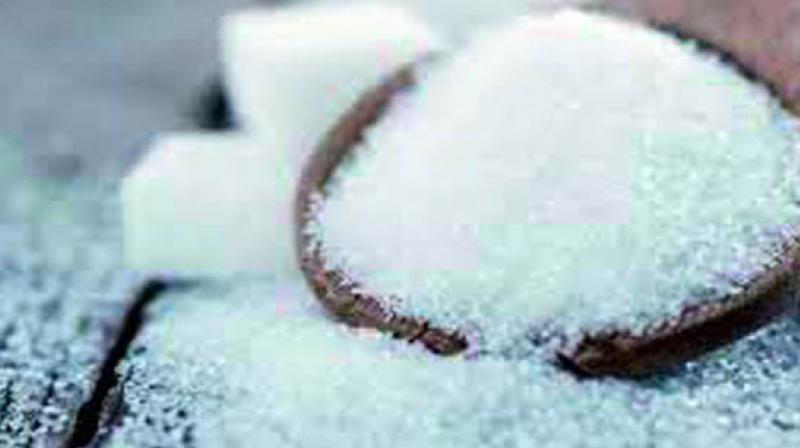 Mumbai: Domestic sugar prices are likely to remain firm in the near term, given the tight stock position in the domestic and global markets, a report said. "Although the government has allowed duty free raw sugar imports of 0.5 million metric tonnes (MT), prices are unlikely to be adversely impacted over the next couple of quarters.

"However, pressures on stock position and prices cannot be ruled out in the forthcoming sugar year 2018 (SY2018), if further import of duty-free sugar is permitted," said the report by rating agency ICRA.

"While the sugar prices declined marginally during November-December 2016 following demonetisation, prices have recovered to around Rs 36,500-37,000/MT in January-March 2017 due to the tight sugar stock situation.

Post the announcement of duty-free raw sugar imports, there has not been a significant decline in prices, which hovered between Rs 36,000-36,500/MT in April 2017, he said. ICRA estimates domestic sugar production to decline by around 19 per cent to 20.3 MT during SY2017, when compared to SY2016, driven by a significant decline in production in key states Maharashtra and Karnataka due to poor rainfall during the previous monsoon seasons.

The sugar consumption is expected to decline by 4 per cent to around 24.0 MT during SY2017, when compared to SY2016. Including 0.5 MT of imported sugar, the closing stocks for the current season are estimated to be around 4.5-5 MT, which would be sufficient to meet the requirement of around two months of domestic consumption. This is still much lower than the previous year's closing stock level of 7.7 MT, the report said.

While healthy sugar prices are likely to support the profitability of the UP-based sugar mills, the western and southern mills would continue to be impacted by low cane crushing volumes during SY2017, ICRA said.