FM may cut taxes, lack of indirect-tax data may make it tough

Jaitley faces a peculiar situation as precise projections of indirect tax collection in 2017-18 are unavailable due to GST. 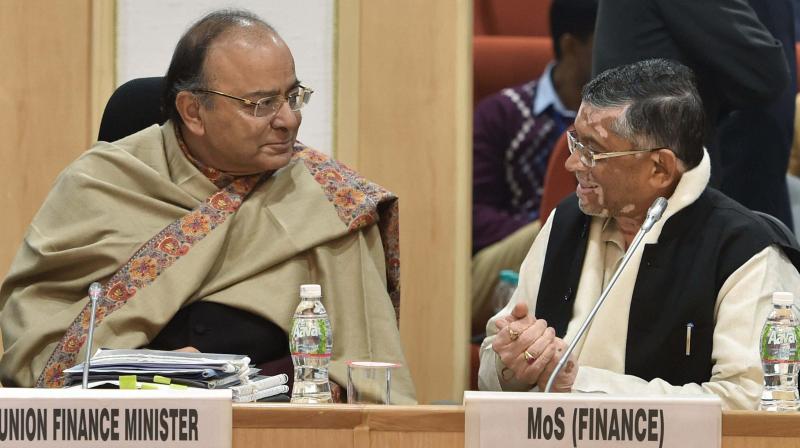 New Delhi: Battling slump in demand aftershock demonetisation, Finance Minister Arun Jaitley may look to spur consumption through lower taxes in next week's Budget, but he faces a peculiar situation as precise projections of indirect tax collection in 2017-18 are unavailable due to GST.

Finance Ministers usually weave around their welfare spending proposals based on projections of direct and indirect tax collections in the fiscal. Projections of collection in direct taxes, made up of personal and corporate tax, would be available but with the rollout of Goods and Services Tax (GST) deferred till July 1, no reliable projection of indirect tax collection for 2017-18 fiscal is likely to be available, tax experts said.

Indirect taxes have three major components -- customs, central excise and services tax. While a projections of customs revenue would be available, the same for excise and service tax may not be present as the same are to be subsumed in GST.

The GST is also to subsume state VAT. And typically the Centre would account for roughly half of the total nationwide GST revenues after excise, service tax and VAT are subsumed and weave around its budget.

VAT data of states cannot be taken to calculate the total GST revenue because the rate of taxation for different products may change under GST and also that the data with states is not always very reliable, he said.

Until tax rates for different products and services are decided, one cannot arrive at a reliable revenue projection for 2017-18, another expert said. Also, the Centre has to compensate states for loss of revenue from implementation of GST. This compensation in first year is projected at a minimum of Rs 55,000 crore even as some states have put it at Rs 90,000 crore in view of slowdown in economic activity following demonetisation.

So in effect, the government will have projections of direct tax collections in 2017-18 as well as that of customs or import duty, but it will have to do presumptive calculation for other indirect taxes to project the overall revenue collections which it could spend on welfare and infrastructure schemes, he said.

Another tax expert said that since the GST is not likely before July 1, Jaitley may in his February 1 Budget propose some changes in indirect tax rates on some products and services till such time that the GST takes over.

With the scrapping of 86 per cent of the currency in circulation slowing economic growth, he will have to improve demand for goods and services. One of the options he has to raise exemption in personal income tax or tinker with tax slabs or rate to give higher purchasing power to consumers.

The other option is to give relief by raising house loan exemption limit or medical allowance, experts said. Indirect tax receipts or net revenue from customs, excise