RBI governor adds later a comprehensive policy would be put in place to address challenges faced by banking sector. 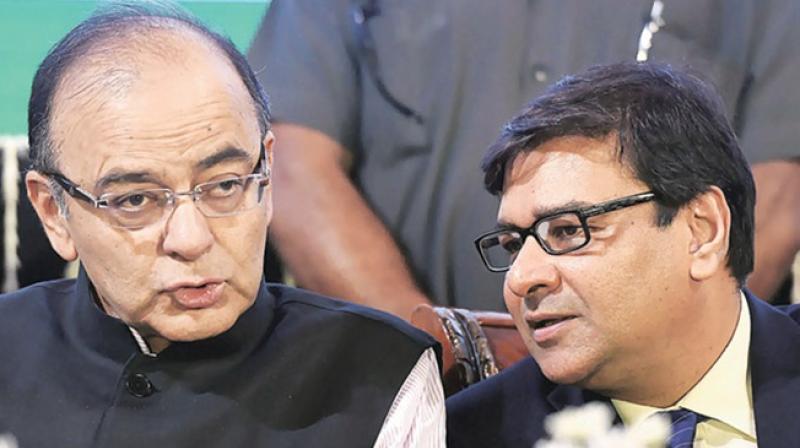 New Delhi: Reserve Bank Governor Urjit Patel on Wednesday said the Rs 2.11 lakh crore bank recapitalisation plan is a 'monumental step forward' in safeguarding India's economic future and a comprehensive policy would be put in place to address the challenges faced by the sector.

Finance Minister Arun Jaitley on Tuesday announced that Rs 2.11 lakh crore would be infused in public sector banks (PSU) banks over two years, of which Rs. 1.35 lakh crore will be through recapitalisation bonds. The remaining Rs. 76,000 crore would be from the budgetary support and market raising.

Welcoming the government's decision, Patel in a statement said that a well-capitalised banking system is a pre-requisite for stable economic growth.

"Economic history has shown us repeatedly that it is only healthy banks that lend to healthy firms and borrowers, creating a virtuous cycle of investment and job creation. The Government of India's decisive package to restore the health of the Indian banking system is in the view of the Reserve Bank of India, a monumental step forward in safeguarding the country's economic future," he said.

"For the first time in last decade, we now have a real chance that all the policy pieces of the jigsaw puzzle will be in place for a comprehensive and coherent, rather than piece-meal, strategy to address the banking sector challenges," Patel said.

"As such, the recapitalisation bonds will be liquidity neutral for the government except for the interest expense that will contribute to the annual fiscal deficit numbers," the governor said.

Jaitley on Tuesday said that the impact of the recapitalisation bond on fiscal deficit would depend on the nature of the bond and who issues it.

The interest burden on the government for issuing recapitalisation bond would be about Rs. 8,000-9,000 crore, according to Chief Economic Advisor Arvind Subramanian.

Patel said these bonds would involve participation of private shareholders of PSU banks by requiring that parts of the capital needs be met by market funding.

"Last but not the least, it will allow for a calibrated approach whereby banks that have better addressed their balance-sheet issues and are in a position to use fresh capital injection for immediate credit creation can be given priority while others shape up to be in a similar position," he said.

"I commend the government on its bold steps in this direction, starting with implementation of the Insolvency and Bankruptcy Code that is helping resolve the underlying corporate stress, and culminating in yesterday's announcement of the public sector bank recapitalisation programme," Patel said.

The RBI would work with the government to ensure these plans reach their natural completion to the benefit of the broader Indian economy, he added.