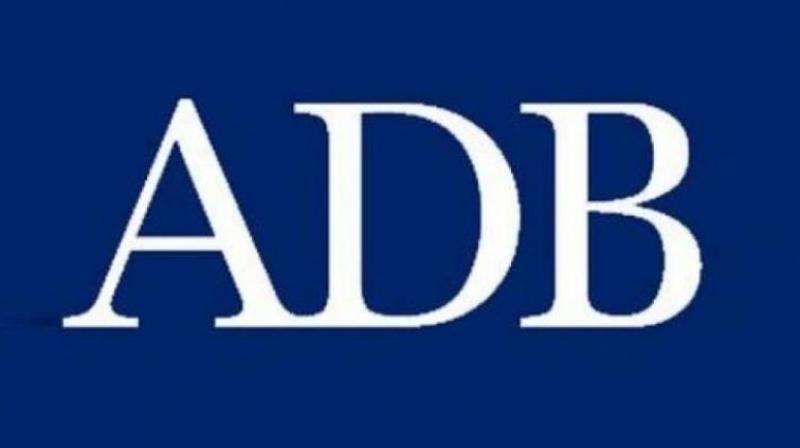 Developing Asia, a group of 45 countries across Asia and the Pacific, will likely grow 5.4 per cent this year and 5.5 per cent next year, down from the 5.7 per cent and 5.6 per cent growth forecast in July, the ADB said.

Manila: Escalating trade tensions between the United States and China have darkened the outlook for developing Asia, with the region expected to grow slower than previously predicted this year and next, the Asian Development Bank said on Wednesday.

Developing Asia, a group of 45 countries across Asia and the Pacific, will likely grow 5.4 per cent this year and 5.5 per cent next year, down from the 5.7 per cent and 5.6 per cent growth forecast in July, the ADB said in an update to its Asian Development Outlook report.

“The People’s Republic of China–U.S. trade conflict could well persist into 2020, while major global economies may struggle even more than we currently anticipate,” Yasuyuki Sawada, ADB’s chief economist, said in a statement.

The dispute between the world’s two largest economies has dragged on for well over a year, with both adding tariffs worth billions of dollars on each others goods. High level talks between the two are scheduled for early October.

China’s economy will probably grow 6.2 per cent this year, the ADB said, weaker than its 6.3 per cent projection in July. Growth in the Chinese mainland is projected to cool further to 6.0 per cent in 2020. China is targeting 6.0 per cent to 6.5 per cent growth in 2019.

Along with weakening trade momentum, the Manila-based lender also sees declining investment as a major risk to the region’s growth prospects.

By sub-regions, South Asia will remain the fastest growing in Asia Pacific, even after the ADB trimmed its 2019 outlook to 6.2 per cent from 6.6 per cent as it also slashed its growth estimate for India to 6.5 per cent from 7.0 per cent. ADB maintained India’s 7.2 per cent growth projection for next year.

Southeast Asia is also expected to end 2019 on a weaker note, with growth likely to slow to 4.5 per cent compared with a previous forecast of 4.8 per cent and from last year’s 5.1 per cent pace. Growth next year is seen picking up to 4.7 per cent, but still lower than the ADB’s 4.9 per cent estimate in July.

Developing Asia will also have to deal with slightly higher prices due to rising food costs, the ADB said. It raised its 2019 and 2020 inflation forecasts for the region to 2.7 per cent from 2.6 per cent earlier.