However, as per revised GDP series, economic growth was a little better and stood at 5.6 per cent and 6.6 per cent. 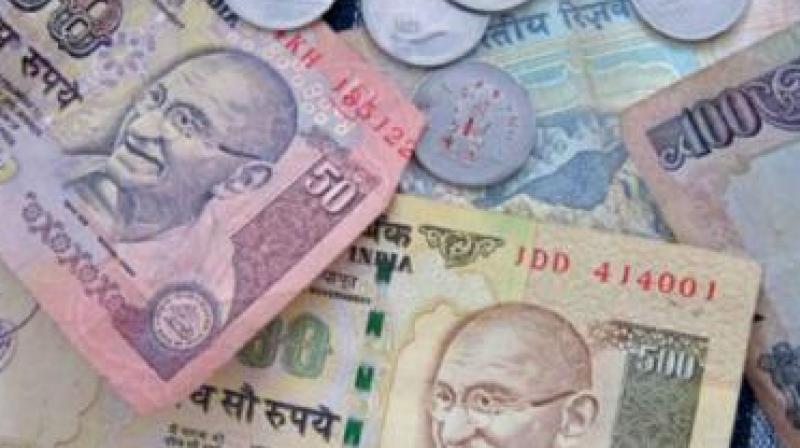 The actual performance of India's economy during the last two years of the UPA government (2012 -13 and 2013-14) was worse than the 'policy logjam' scenario.

New Delhi: The actual performance of India's economy during the last two years of the UPA government (2012 -13 and 2013-14) was worse than the 'policy logjam' scenario envisaged (rpt) envisaged in the 12th Five Year Plan, Niti Aayog has said.

"Because the Twelfth Plan projections were based on the old series, it may be reasonably concluded that at least in 2012-13 and 2013-14, India has performed worse than the 'policy logjam' scenario," the Aayog said in its appraisal document.

However, as per the revised GDP series, the economic growth in the country stood at 5.6 per cent and 6.6 per cent in the last two years of the UPA government.

The Plan pegged the average annual growth rate of the Gross Domestic Product (GDP) under the three scenarios at 8 per cent, 6-6.5 per cent and 5-5.5 per cent, respectively.

Under the new methodology, the base year has been changed from 2004-05 to 2011-12 and also in conformity with the international practice, the GDP is now measured at market prices.

The Aayog suggested that we need to take advantage of our own past experiences. "The key to the Green Revolution was the high-yielding varieties of seeds. It is time for us to return to that lesson and allow massive research into improving seed varieties including genetically modified ones".

"Elsewhere in the world, most notably the United States, GMO seeds have been in use for over two decades with no adverse effects on either other crops or those consuming the products of those seeds. China has been far ahead of us in this regard. Our own experience with BT Cotton seeds has been a success," the government-think said.

It also stressed the need of shifting towards high value commodities such as horticulture, fisheries and livestock. "For its size, India still does not produce enough fruits and vegetables," the Aayog noted.

Stating that reforming land leasing laws to allow legal contracts will help reduce the volume of fallow land as well as consolidate land holdings, Niti Aayog said it had constituted an Expert Group to prepare a model land leasing act to enable the states to enact their own leasing acts.

"The expert Group has submitted its report, which contains a model land-leasing act," it said.

The Agricultural Produce Marketing Committees (APMC) Act reform needs to be deepened to ensure that the farmer gets a higher proportion of the price paid by the consumer, the Aayog said, adding that this requires freeing up entirely the purchase and sales of all agricultural commodities.

In 2011-12, the latest year for which data is available, agriculture employed 49 per cent of the workforce but produced just 17.9 per cent of India's GDP at current prices.