Dialogue between the commission and GST council to address various concerns on the taxation regime. 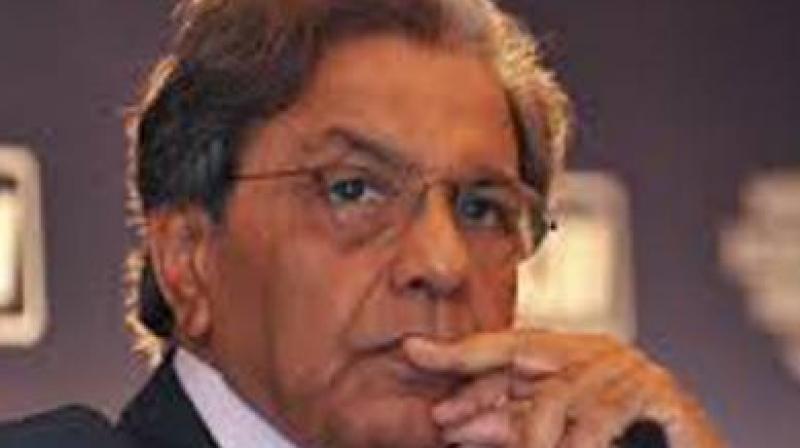 Bengaluru: Finance Commission Chairman N K Singh on Tuesday stressed the need for a dialogue between the commission and Goods and Services Tax (GST) council to address various concerns on the taxation regime. He said the Commission had requested the Finance Minister, who is the Chairman of the GST council, regarding this, and has received a favourable response.

"One of our areas is how do we engage, how purposeful can the finance commission engage with the GST to be able to bring the concerns to the notice of that constitutional body- that what can done to improve the outcome of the GST, and what can be done to improve the quality of compliance , also fixation of rate structure," Singh said.

Speaking to reporters here, he said the mechanism fordialogue between the finance commission and the GST council was an area that deserves greater attention.

The chairman said he had written to the previous finance minister Arun Jaitley about the need for suitable consultative mechanism between the finance commission and GST council.

"..I have reiterated this request to the present Finance ministerNirmala Sitharaman. I have received very positive and favourable response and we hope that the commission can havethe dialogue with the GST council at an early date to address the concerns," he said.

The 15th Finance Commission, which is on a visit to Karnataka, on Tuesday held discussions with Chief Minister H DKumaraswamy, his cabinet ministers and state government officials. Singh said Karnataka was upfront in pointing out to the commission that in the era prior to the GST their performance on VAT presented very high revenue growth and thishad got somewhat halted after the application of GST.

During his meeting with the commission, Kumaraswamy highlighted thatthe base tax rates in the VAT regime in Karnataka were much higher and today on account of reducing the GST rates in several items, the actual tax collection for Karnataka had been adversely affected.

"I urge the Commission to recommend to the Central Government to continue the compensation for another 5 years beyond 2022 or at least protect the compensation level of the year 2022 for an additional 5 years," he said.

Pointing out that both the Commission and the GST council were constitutional bodies, Singh said, "We have sought the Chairman of the GST council, who is the Finance Minister, to facilitate some dialogue between the two entities."

"Key for that is a dialogue between Finance Commissionand the GST council, and try to see how we can fix this mechanism," he said.