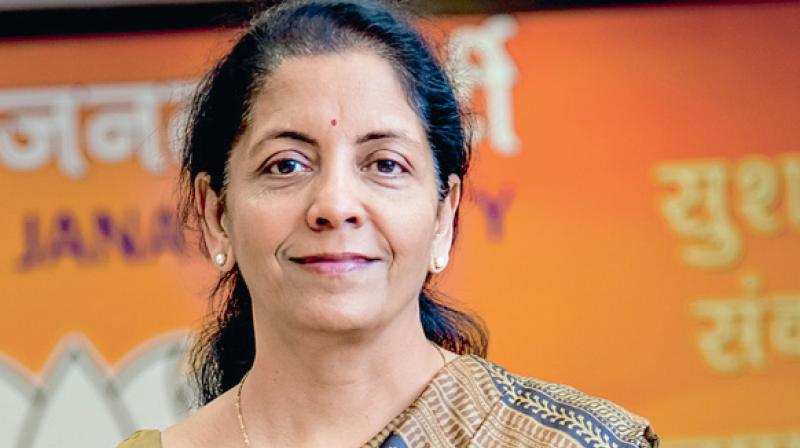 Chennai: Union Minister Nirmala Sitharaman today allayed fears over whether the prices of essential commodities would rise post implementation of Goods and Services Tax, saying no fresh rates would be imposed on those goods which already come under tax ambit.

"There is no separate explanation to public and another for traders. It is all the same. The price of essential commodities will not rise (post GST)", the Commerce and Industries Minister said here. Sitharaman was speaking to reporters at the sidelines of a conference organised on Goods and Service Tax for traders.

Explaining about the tax structure under GST, she said "I am answering those who raise queries whether there will be an increase in price of essential commodities post GST".

"Rate fixed in GST is -- Revenue Neutral Rate -- which means suppose if there is a tax for a particular product, it comes under GST. If a new tax rate is fixed, it is comparatively less to the existing structure. So, the price of essential commodities will not rise", she said.

"No additional taxes are imposed on products which already come under the tax structure", she clarified.

On the conferences conducted for the benefit of traders' community, she said, in every conference an official equal to the rank of Central Excise Commissioner takes part to address the queries raised by the traders.

"Over the last few days, conferences were conducted in Coimbatore, Tiruppur and Tiruchirappalli", she said.

"We are answering queries raised on GST. Apart from that for questions that are frequently asked, answers are already available in the internet. The e-mail addresses of government officials are also shared for the benefit of traders during such conferences", she said.

Noting that the traders can also get trained at various offices of Chartered Accountants, she said the Government also conducts conferences on GST in partnership with various Chambers of Commerce.

"Those officials who had undergone training on GST are also appointed in every district (of the State) for the benefit of traders", she said.