Internet users in India to rise by 40 pc, smartphones to double by 2023: McKinsey

Indians consume 8.3 gigabits (GB) of data each month on average, compared with 5.5 GB for mobile users in China. 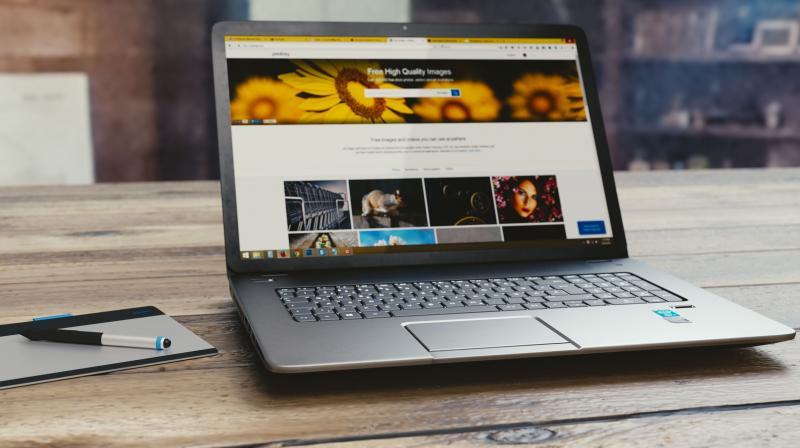 "Our analysis of 17 mature and emerging economies finds India is digitising faster than any other country in the study, save Indonesia -- and there is plenty of room to grow: just over 40 per cent of the populace has an internet subscription," the report said. (Photo: Pexels)

New Delhi: With data costs falling by 95 per cent since 2013, India will see internet users rise by about 40 per cent and number of smartphones to double by 2023, McKinsey said in a report.

The report 'Digital India - Technology to Transform a Connection Nation' by McKinsey Global Institute said the country is one of the largest and fastest-growing markets for digital consumers, with 560 million internet subscribers in 2018, second only to China.

Indian mobile data users consume 8.3 gigabits (GB) of data each month on average, compared with 5.5 GB for mobile users in China and 8-8.5 GB in advanced digital economy of South Korea. Indians have 1.2 billion mobile phone subscriptions and downloaded more apps -- 12.3 billion in 2018 -- than residents of any other country except China.

"Our analysis of 17 mature and emerging economies finds India is digitising faster than any other country in the study, save Indonesia -- and there is plenty of room to grow: just over 40 per cent of the populace has an internet subscription," it said.

While a government push has helped digitise the economy, private sector firms such as Reliance Jio has helped bring down data costs by more than 95 per cent since 2013, it said, adding the cost of one gigabyte fell from 9.8 per cent of per capita monthly GDP in 2013 (roughly USD 12.45) to 0.37 per cent in 2017 (the equivalent of a few cents).

"Private-sector innovation has helped bring internet-enabled services to millions of consumers and made online usage more accessible. For example, Reliance Jio's strategy of bundling virtually free smartphones with subscriptions to its mobile service has spurred innovation and competitive pricing across the sector," the report said.

As a result, monthly mobile data consumption per user is growing at 152 per cent annually -- more than twice the rates in the United States and China. Average fixed-line download speed quadrupled between 2014 and 2017.

McKinsey said India's internet user base has grown rapidly in recent years, propelled by the decreasing cost and increasing availability of smartphones and high-speed connectivity, and is now one of the largest in the world.

The share of Indian adults with at least one digital financial account has more than doubled since 2011, to 80 per cent, thanks in large part to the more than 332 million people who opened mobile phonebased accounts under the government's Jan-Dhan Yojana - a mass financial-inclusion programme.

"By many measures, India is on its way to becoming a digitally advanced nation," McKinsey said. "Just over 40 per cent of the populace has an internet subscription, but India is already home to one of the world's largest and most rapidly growing bases of digital consumers. It is digitising activities at a faster pace than many mature and emerging economies."

India's core digital sectors, comprising of IT-BPM, digital communication services and electronics manufacturing, accounted for about USD 170 billion -- or 7 per cent -- of GDP in 201718.

It said India is on a fast track to adopt key digital attributes, and the number of smartphones and internet subscriptions could continue to increase rapidly in the next five years.