Modi wants 'Give It Up' LPG campaign for food subsidy

Govt is overburdened with a huge overall subsidy bill of Rs 2.4 lakh crore projected in Budget 2017. 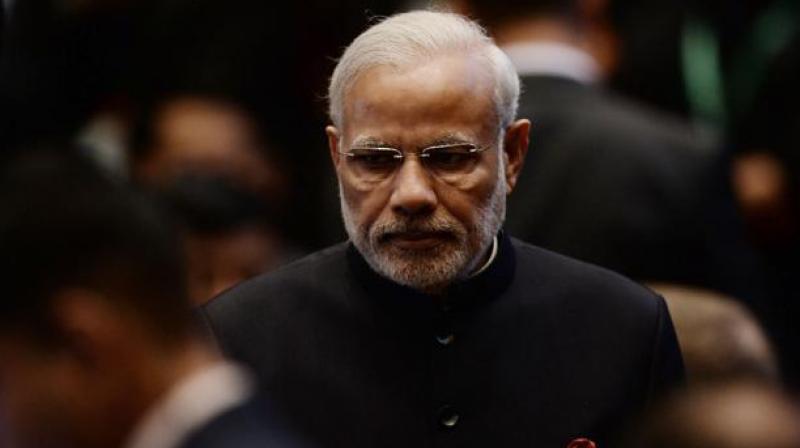 Mumbai: Prime Minister Narendra Modi may adopt a campaign on lines of 'Give It Up' initiative for LPG customers to cut down on huge food subsidy bill. On Modi's appeal over 1 crore LPG subscribers gave up subsidy to enable more number of deserving people to avail the benefit.

The central government has written to all state governments to work with it towards achieving that goal and reducing huge overall subsidy bill of Rs 2.4 lakh crore that Finance Minister Arun Jaitley projected in his Union Budget 2017 speech.

A report in Financial Express claims Union Food Ministry has contacted all states and asked them to promote Give-it-Up campaign under the Targeted Public Distribution System (TPDS) scheme.

The Centre has also asked states to instruct fair price public distribution shops (PDS) to put on display at their PDS shops subsidy rates so that all those who want to forego government's food aid could be identified.

As per a rough estimate, there are over 5 lakh PDS outlets across the country that sell rice and wheat on highly discounted rates for which government has had to chip in money.

Presently, the government has to spend Rs 21.09 as subsidy for 1 kg of wheat and Rs 29.64 monetary aid for 1 kg of rice, the FE report said that went on to add that implementing 'Give It Up' for cutting food subsidy bill would be much more difficult under TPDS.