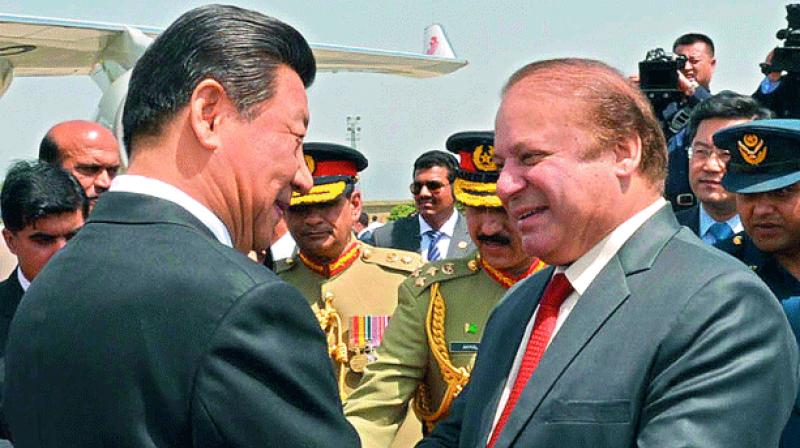 London: Pakistan has secured an additional $8.5 billion of investment from Beijing as part of the countries' joint energy, transport and infrastructure plan, Planning Minister Ahsan Iqbal said on Wednesday.

That is on top of the $46-billion China-Pakistan Economic Corridor (CPEC) project, which focuses on road building and energy infrastructure to end chronic power shortages in Pakistan and to link China's landlocked north-west with the deep-water port Gwadar on the Arabian Sea.

Some $4.5 billion of the additional investment will be spent on upgrading tracks and signaling on Pakistan's main railway line from Karachi to Peshawar and increase the speed on the line to 160 km per hour from the current 60-80 kph, Iqbal told Reuters in an interview.

Another $4 billion will go toward an LNG terminal and transmission line, he added.

"This has now all been approved, so this is an additional $8.5 billion to the $46 billion we had already, so we are now close to $55 billion," Iqbal said.

The International Monetary Fund said in June that repayments and profit repatriation from large-scale investments such as CPEC could add to Pakistan's medium- and long-term risks, predicting that the country's gross external financing needs would rise to $15.1 billion in 2018/2019 from $11.4 billion in the current financial year.

But Iqbal said those risks would be countered by the economic boost the investment would give to industries such as steel, construction and engineering, pushing future annual growth to above 6 percent.

In July the IMF upped its forecast for growth in Pakistan to 5 per cent from 4.7 per cent in the fiscal year to June 2017, citing China's investment plans.

"As the economy grows, our capacity to undertake the responsibilities of repayments also improves, what really matters is that all of that investment is going into productive sectors," Iqbal said.

Under CPEC, a number of new economic zones will be created along the corridor. Pakistan hopes that some industry will relocate from China, due to cheaper wages and production costs, Iqbal said.

"Our preferred mode is joint ventures, because that will give a stake to both Pakistani and Chinese enterprises so now our government is actively promoting business-to-business links," he said.