According to IMF's World Economic Outlook Update, India's growth is projected to accelerate to 7.7 per cent in 2018-19. 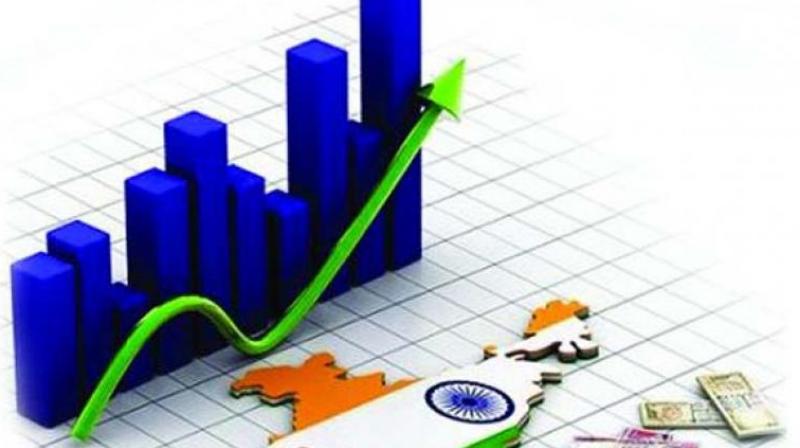 New Delhi: India will stay ahead of China in growth sweepstakes in 2017 as well as 2018, said the International Monetary Fund (IMF) while retaining the country's GDP forecast at 7.2 cent for the current fiscal.

While the IMF has retained India's growth estimate as provided in the World Economic Outlook (WEO) in April, in the case of China, the forecast has been marginally raised to 6.7 per cent in 2017 and 6.4 per cent in 2018 from earlier projections.

Growth in India, the multilateral agency said, is forecast "to pick up further in 2017 and 2018, in line with the April 2017 forecast. It added: "While activity slowed following the currency exchange initiative, growth for 2016 at 7.1 per cent was higher than anticipated due to strong government spending and data revisions that show stronger momentum in the first part of the year".

According to the WEO update, inflation in advanced economies remains subdued and generally below target and has been declining in several emerging economies such as Brazil, India and Russia too.

It further said economic activity in both advanced and emerging and developing economies is forecast to accelerate in 2017 to 2 per cent and 4.6 per cent, respectively, with global growth projected to be 3.5 per cent, unchanged from the April forecast.

Indian economy grew 7.1 per cent in 2016-17. The IMF further said that with a pick-up in global trade and strengthening domestic demand, growth in the ASEAN-5 economies is projected to remain robust at around 5 per cent.