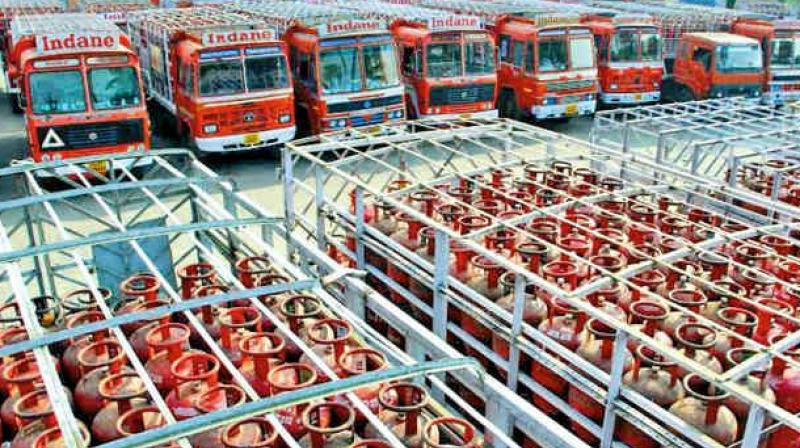 LPG is highly subsidised in India.

Mumbai: India has replaced Japan as world's number two importer of liquefied petroleum gas or LPG, thus giving a push to Prime Minister Narendra Modi's call for a 'safer kitchen', according to a report in Bloomberg.

In India, substantial number of households that particularly in rural parts of the country use fuels that increase level of air pollution and also expose people to life threatening diseases.

Prime Minister Narendra Modi as part of government's clean fuel initiative has also promised free LPG connections to poor women who fall under the category of below poverty line or BPL.

According to data from Oil Ministry's Petroleum Planning and Analysis Cell, country imported 23 per cent more LPG in financial year 2016-17, a figure that stands at 11 million tonnes.

The report added that Japan recorded a drop of 3.2 per cent in LPG imports during the period under review to 10.6 million tonnes. China continues to occupy numero uno position as world's largest LPG importer.

The report also cites a World Health Organisation finding that claims hazardous cooking fuels like wood and cow dung that cause air pollution on burning were responsible for 1.3 million pre-mature deaths a year.

Last year, Modi government took a pledge to weed out this menace from rural households and started a free LPG scheme for poor women who fall under the category of BPL.

The government as part of its remedial steps then provided a whopping 32.5 million LPG connections under the clean fuel drive in 2016 only.