With Vikalp, travel in Rajdhani at mail, express fare

As of now, the scheme will be available in online bookings and later extended to counters. 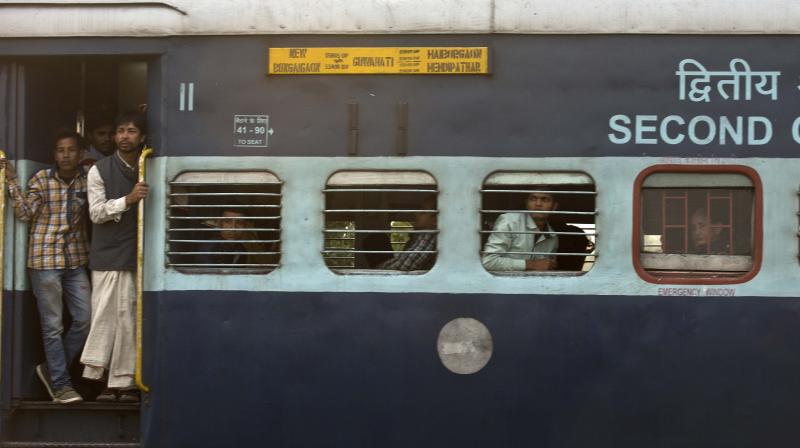 Indian Railways is a government-run entity.

New Delhi: From April 1, waitlisted passengers can avail the opportunity of travelling in premier trains like Rajdhani or Shatabdi even if they have booked
tickets in other mail or express trains for the same destination.

As of now, the scheme will be available in online bookings and later extended to counters. Under this scheme, waitlisted passengers can get confirmed berths in the next alternate train if they opt for it while booking their tickets. There would be no extra charges or any refund provided for the difference of fares.

After a successful pilot run in six routes, the scheme has been extended to all train routes across the country. The scheme aims to target about 1.5 lakh berths which remain vacant per day during lean season in some popular trains including premier and special services.

'Vikalp' envisages to utilise vacant berths in premier trains, including Rajdhani, Shatabdi, Duronto, and special service such as Humsafar and Suvidha trains in all major routes across the country with no extra cost to passengers.

Describing the scheme as "passenger friendly", Prabhu said, "Some of our premier trains run with vacant berths at times and we hope those can be filled up through scaling up Vikalp scheme. It is for the passengers' benefit."

Any waitlisted passenger who has booked ticket online earlier can avail the new scheme now by opting for alternate trains through the IRCTC ticketing site. The railways has to forego about Rs 7,500 crore annually in refund to customers, out of which Rs 3,500 crore is on the account of cancellation of waitlisted tickets.

The rest are for RAC and confirmed tickets which get cancelled for various
reasons. A senior railway ministry official said, "We aim to achieve the twin objectives of providing confirmed berths to waitlisted passengers and ensure optimal utilisation of available accommodation by this scheme."

After introduction of flexi-fare system in premier trains, some berths are going vacant while at the same time many passengers could not be accommodated in other Mail or Express trains due to huge demand.

The railways maintain that in any case these berths are running vacant. Since no additional cost is involved to the railways, anything that is saved will be earnings for it.

As per the scheme, passengers opting for 'Vikalp' scheme while booking tickets will get SMS alert on his/her mobile phone about confirmed accommodation in the next train running on the route.