Govt likely to fund some USD 28 bn of expenditure via off-budget borrowings: sources

India’s committed spending, excluding capital spending, could be targeted at near 27 trillion rupees for the next fiscal year. 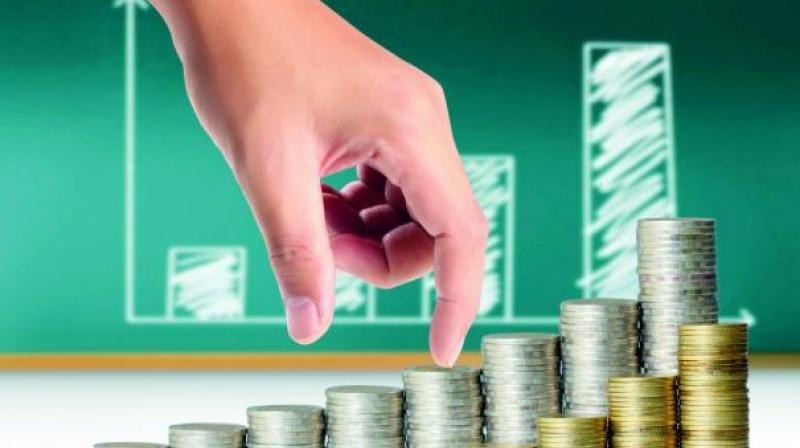 IMF this month cut India’s growth forecast to 4.8 per cent for the ongoing fiscal year - its lowest level in 11 years.

Government is likely to fund roughly USD 28 billion of its expenditure outlay in its budget for fiscal 2020-21 via off-budget borrowings, three government sources said, as it seeks to revive a sagging economy while keeping its fiscal deficit in check.

Prime Minister Narendra Modi’s government is under pressure to increase spending on rural welfare schemes and infrastructure to boost growth that has fallen for six straight quarters.

Off-budget borrowings are a means by which the government keeps its fiscal deficit in check by making quasi-government entities borrow on its behalf, to partly fund its expenditure plan for the year.

This would mark a roughly 13.8 per cent increase in so-called off-budget borrowings from an estimated 1.75 trillion rupees (USD 24.6 billion) in the ongoing fiscal year, said the three sources, who have direct knowledge of the matter and asked not to be identified as the discussions are private.

“We’re facing a serious economic crisis,” said one of the sources, adding there was no alternative but to raise spending on infrastructure and welfare schemes to boost consumer demand and create jobs.

He said the government had realised it needed to take all possible steps to support growth “after initial denial of the economic slowdown”.

A spokesman for the finance ministry declined to comment, citing the silent period ahead of the budget speech on Feb 1.

The International Monetary Fund (IMF) this month cut India’s growth forecast to 4.8 per cent for the ongoing fiscal year - its lowest level in 11 years.

Finance Minister Nirmala Sitharaman, who will deliver the budget speech, is widely expected to announce stimulus measures for small businesses and non-banking finance companies as a cut in corporate tax rates and rate cuts by the central bank have failed to revive growth.

The fiscal deficit for the current fiscal year was likely to touch 3.7 per cent or 3.8 per cent of GDP after the slowdown dented revenue collections, the second government official said.

In the 2020-21 budget, Sitharaman could announce plans to spend over 105 trillion rupees (USD 1.48 trillion) on infrastructure in the next five years and expand annual spending on railways, roads, renewable energy, water and health sector by up to 20 per cent, said the first official.

“Inflation is not an issue for now,” he said, adding that India needed 5-6 per cent inflation to improve agricultural and corporate earnings.

The government could increase the target of raising revenue through privatization of state companies to 1.5 trillion rupees for next fiscal year, the second official said.

Modi’s party has also urged him to announce steps to revive real estate and other sectors.

“We are no more in a denial mode,” Gopal Krishan Agarwal, the head of BJP’s Economic Affairs Cell, told Reuters. “You will see measures in the budget to boost investments and growth.”