Banks likely to bear the burnt of loan waivers 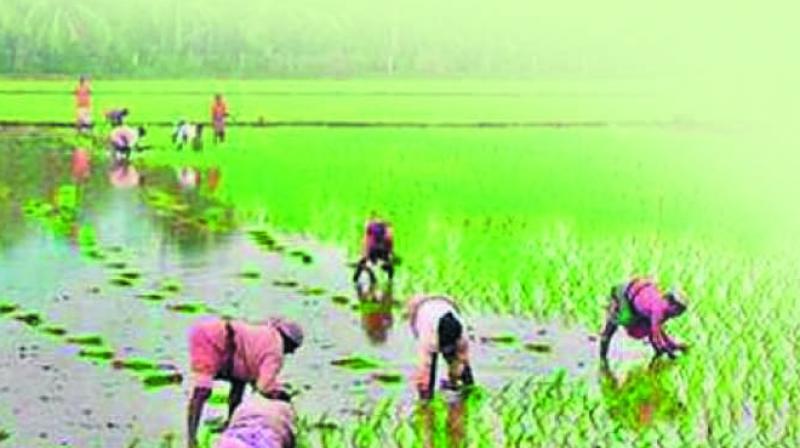 There is high probability that more states like Madhya Pradesh, Gujarat, Rajasthan, Haryana, may join the bandwagon, Edelweiss Research said.

New Delhi: With more states announcing farm loan waiver schemes, a research report on Thursday said if the trend continues the total write-down could add up to `1.5- 2.3 trillion, and banks will bear the brunt.

So far, Maharashtra and UP have waived nearly 30-40 per cent of outstanding agri-bank credit, while for Punjab it was 15 per cent, according to the report. In the meanwhile, Karnataka has also announced farm loan waiver scheme.

There is high probability that more states like Madhya Pradesh, Gujarat, Rajasthan, Haryana, may join the bandwagon, Edelweiss Research said in a note, adding “if this plays out and assuming 20-30 per cent of outstanding agri-bank loans are waived, the total loan waiver could add up to a sizeable around Rs 1.5-2.3 trillion (1.0-1.5 per cent of 2017-18 GDP)”.

These farm loan waivers could be funded by debt issuance rather than expenditure cuts and these debt issuance spread over 3-4 years may keep states borrowing costs under check.

However, banks, which will be compensated only over a period of time, will have to bear the brunt. Moreover, deterioration in credit culture is an added potential risk for banks.

The report further said if the government staggers the fiscal burden over 3-4 years, it will still imply annual fiscal cost of 0.3-0.5 per cent of GSDP.

Reserve Bank’s monetary stance will be critical, Edelweiss said, adding it should remain accommodative given the state of the economy.

Earlier this month, the Reserve Bank left key interest rate unchanged as it wanted to be more. sure that inflation will stay subdued. However, the Union finance ministry’s stand is that inflation has been consistently low, warranting a rate cut.