The Fed has become increasingly worried about meeting its 2 per cent inflation target. 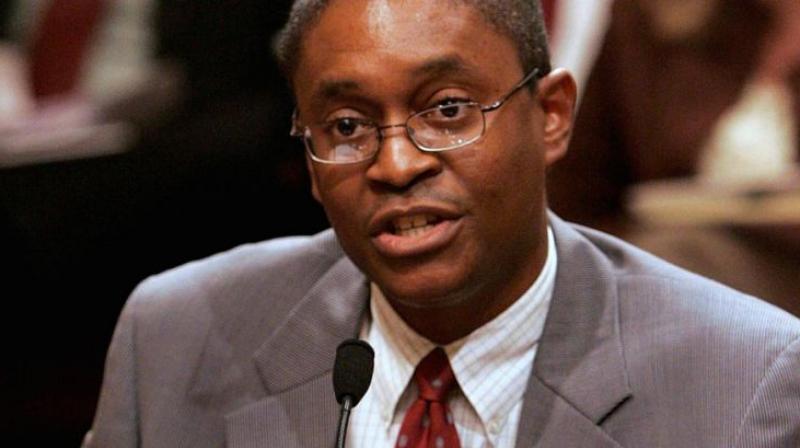 San Francisco: The Federal Reserve’s patient approach to monetary policy is no guarantee that it will leave interest rates where they are for the rest of the year, the president of the Atlanta Federal Reserve Bank, Raphael Bostic, said on Friday.

“Standing pat is definitely an option, but depending on how the economy responds, moving rates up, or moving them down, are both on the table for me,” Bostic said at the close of a monetary policy conference at the San Francisco Fed.

The comments were among the first made by a Fed policymaker since the US central bank made an unexpectedly dovish shift on Wednesday. Forecasts released at the end of its two-day policy meeting showed 11 of the Fed’s 17 policymakers anticipate no rate increases this year, compared with just two who had that forecast in December.

Chairman Jerome Powell cited low inflation, a slowing global economy and risks like US trade tension with China for the need to remain patient “for some time.” He said economic data for now was giving no definite signal for what the Fed’s next move should be.

After the Wednesday announcement, financial markets, which had already priced out any chance of a rate hike this year, began pricing in the likelihood of a rate cut next year.

And on Friday, a key part of the US Treasury market inverted for the first time since 2007, with long-term rates falling below short-term ones in what is historically a harbinger of recession.

Bostic, who spent most of his speech extolling the benefits of the Fed’s new “ample reserves” approach to monetary policy, took time at the end to deliver a message to markets directly about what he said was an inaccurate reading of the Fed’s intention.

The Fed’s patience, he said, does not mean it has ruled out any rate rises for the rest of the year, and it does not constrain its options.

“I am open to all possibilities as we aim to support sustained economic expansion, strong labor market conditions, and inflation near the Committee’s symmetric 2 per cent objective,” Bostic said, referring to the policy-setting Federal Open Market Committee. “Markets should understand that, so I hope I have made my position clear.”

Asked about what level of inflation would prompt a rate increase, he said he wasn’t focused on an exact point estimate. Inflation could rise a few decimal points above the Fed’s 2-per cent target and not be a worry, he said.

But if other economic data, including from the labor market, along with inflation readings “suggest that the economy may be overheating, then I think that I’d be comfortable to move,” he said.

In February, Bostic said he expected the Fed would need to raise interest rates once this year, after doing so four times in 2018. He did not say how many rate increases he now thinks are appropriate.

The Fed has become increasingly worried about meeting its 2 per cent inflation target and skeptical that the Trump administration’s tax cuts and deregulation will unleash faster economic growth.

So have financial markets.

The spread between yields on three-month Treasury bills and 10-year notes fell below zero for the first time since 2007 after US manufacturing data fell short of estimates.

Earlier on Friday, data out of Germany showed the factory sector there was continuing to contract, another worrying sign for the global economy.