GST will be harder for regional language films

Increased tax will add another blow to an industry already struggling to attract audiences to cinemas. 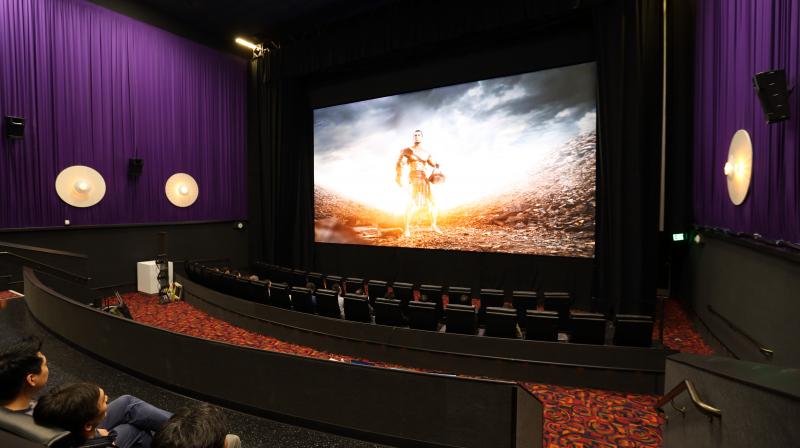 New Delhi: A night out at the movies could become costlier from July when India’s biggest tax reform since independence is rolled out, adding another blow to an industry already struggling to attract audiences to the cinemas.

The introduction of the Goods and Services Tax (GST) will be especially hard on regional-language films, which pay little or no entertainment tax. Movie tickets are placed in the GST’s highest slab of 28 percent, with the government making a concession for tickets priced below 100 rupees ($1.5), taxing them at 18 percent.

“This will be a killer for regional films… At the least, they will now have to pay 18 percent, which is a huge hike,” film and trade analyst Girish Johar told Reuters.

India will launch the GST from July 1, a move that would unify its $2 trillion economy and tear down trade barriers between more than 30 states and union territories. Up until now, entertainment tax was a state subject. Maharashtra, where Bollywood is based, imposes a 45 percent entertainment tax. But films in the local Marathi language are exempted. In the southern states, entertainment tax is on average 7 percent.

“Even if we assume tickets cost less than 100 rupees, we would still be looking at a hike of more than 10 percent in terms of tax liability. That will ultimately be passed on to the consumer,” said Rajkumar Akella, who heads comScore, an agency that tracks box office earnings in India.

India is the world’s largest film industry, producing more than a 1000 movies a year. But the proliferation of smartphones coupled with prohibitive movie ticket prices and piracy has led to theatre footfalls nearly halving from ten years ago.

“The final recovery for the distributor and exhibitor would be lower than it was earlier, and that would cause immense pressure on the industry from an economic perspective. That consequently leads to a situation where investment is not being encouraged,” the president of The Film and Television Producers Guild of India, Siddharth Roy Kapur, told Reuters.

The Guild has made several representations to the government asking for film tickets to be placed in a lower slab. Industry players also lament that local municipal bodies can still levy a separate entertainment tax apart from GST.

“We are one of the few industries in the country which are still subject to double taxation,” Kapur said.