Making a case for labour law reforms, the report said the investors look out for stability and sustainability. 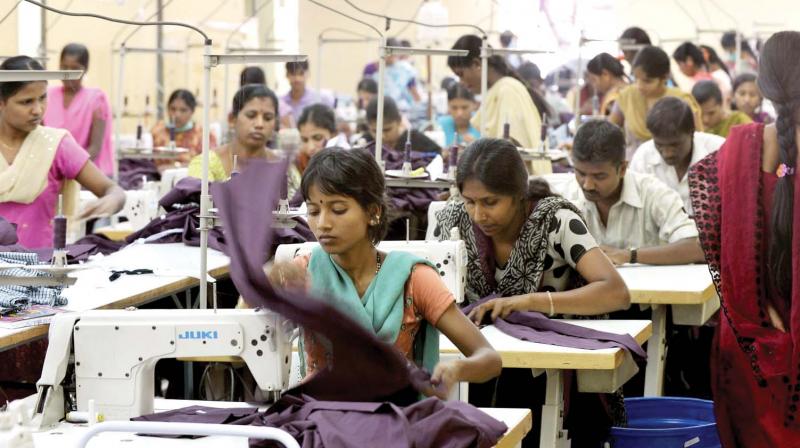 Report observed it is important to improve employment and employability, streamline labour issues and develop adequate means to absorb the labour in the economy. (Representional Image)

New Delhi: The Centre and state governments need to pursue labour law reforms as these are necessary for improving investment and generating employment, said State Bank of India in its research report 'Ecowrap' on Thursday.

Observing that initiatives taken towards labour law reforms till date are "miniscule", the report said that in an economy like India, which has a large workforce, it is important to improve employment and employability, streamline labour issues and develop adequate means to absorb the labour in the economy.

Making a case for labour law reforms, the report said the investors look out for stability and sustainability. Land and labour resources are critical for them to firm up their investment plans, it added.

Currently, there are about 44 central labour laws and over 100 state labour laws.

The report said that of the four codes, the one on wages was introduced in the Lok Sabha in August 2017 and the other three codes are at the pre-legislative consultation stage and and should be completed urgently.

"Separately, a national policy for domestic workers needs to be brought in at the earliest to recognise their rights and promote better working conditions," it said and added that "steps may be taken from both state and central legislation to take the labour reforms forward".

The companies, on their own, should lay down standard operating procedures (SOPs) for all segments of business, it said.

"While the company management can take administrative decisions based on the exigencies and business scenario, it should be ensured that hiring and firing should always lie within the laid down SOPs and should not be exercised outside the ambit," the report said.

Stressing the importance of labour law reforms, it said that according to the latest comparable figures available with the International Labour Organization, the man-days lost in India were staggering 23.34 lakh as compared with 1.7 lakh in the UK and 7.4 lakh in the US with Russia at a low of only 10,000.