GST Council over the two-day meeting on May 18-19 has decided to retain majority of the exemptions. 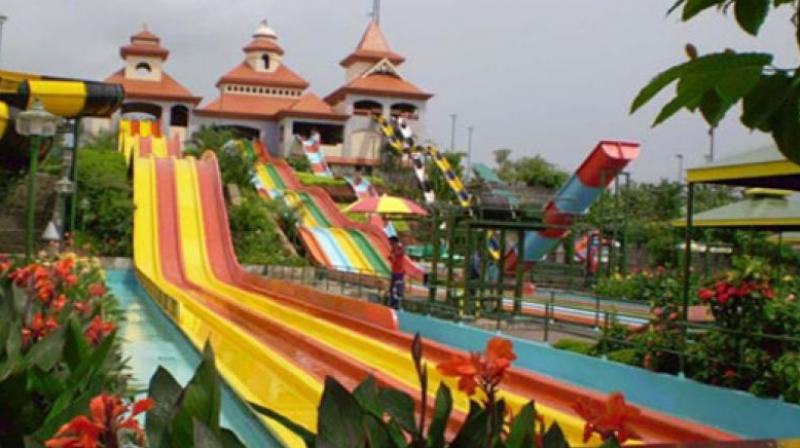 Entertainment tax will be merged with service tax under the GST and a composite 28 per cent levy will be charged on cinema services.

Srinagar: Animal slaughtering and services provided by veterinary clinics will be exempt from GST while visits to theme parks and sporting events like IPL will attract a levy of 28 per cent under the new indirect tax regime kicking in from July 1.

Besides, supply of foods or drinks in outdoor catering, circus shows, classical dances, including folk dance, drama and theatrical performances, will attract a 18 per cent tax rate under GST.

The GST Council over the two-day meeting on May 18-19 has decided to retain majority of the exemptions currently available in the service tax regime in the GST.

As per the list of services which will be subject to the Goods and Services Tax (GST), services provided by tour operators and leasing of aircraft will attract a 5 per cent levy.

While economy class travel in airplane is likely to get cheaper with 5 per cent tax, a similar lower levy has been decided for transport of passengers by air embarking from or terminating in a regional connectivity scheme airport.

Temporary transfer or permitting use of intellectual property (IP) will attract 12 per cent GST-- the same rate as in respect of permanent transfer of IP. These include education, healthcare, services provided by way of religious pilgrimages, charitable activities, those provided by the RBI and diplomatic missions situated in India.

Services provided by toll operators and transmission and distribution of electricity and residential house renting would be exempt from the GST.

The exempt services will also include animal slaughtering, banks giving loans or deposits and those provided by the veterinary clinics.

Services of public libraries by way of lending of books, publications and retail packaging and labelling of fruits and vegetables which do not alter the characteristics of the fruit or vegetables are exempt.

The Council has also decided to exempt from the purview of GST the company Goods and Services Tax Network (GSTN) set up to build the IT network for the new indirect tax regime. As per the list, non-AC restaurants will charge 12 per cent GST on food bill.

The tax rate for AC restaurants and those with liquor licence will be 18 per cent, while 5-star hotels will charge 28 per cent GST. Restaurants with Rs 50 lakh or below turnover will go under the 5 per cent composition scheme. Work contracts like white washing will be liable for a 12 per cent GST.

Entertainment tax will be merged with service tax under the GST and a composite 28 per cent levy will be charged on cinema services as well as gambling and betting at race course.

While the rate proposed for cinema halls is lower than 40 to 55 per cent currently, it may not result in a reduction in tariffs on cinema tickets as states continue to hold right to levy local charges on them.

Non AC train travel, including in local trains and metro, has been exempt from GST, while AC train travel will attract 5 per cent service tax, same as freight levy. Five per cent rate will also apply on rides taken from cab aggregators like Ola and Uber, which currently pay 6 per cent tax.

Telecom and financial services will be taxed at a standard rate of 18 per cent under GST. But tax department estimates that the tax incidence on this will be unchanged at 15 per cent after the input credit is taken on equipment by the service providers.

The GST Council finalised four tax rates of 5, 12, 18 and 28 per cent for services including telecom, insurance, hotels and restaurants under the biggest tax reform since the Independence.

The rates are in line with those finalised for goods. With this, rates of all items except a handful including gold, have been decided ahead of the roll out of the Goods and Services Tax (GST) from July 1.