This was Mittal's first meeting with the UN Secretary- General since the decision to grant ICC 'Observer Status'. 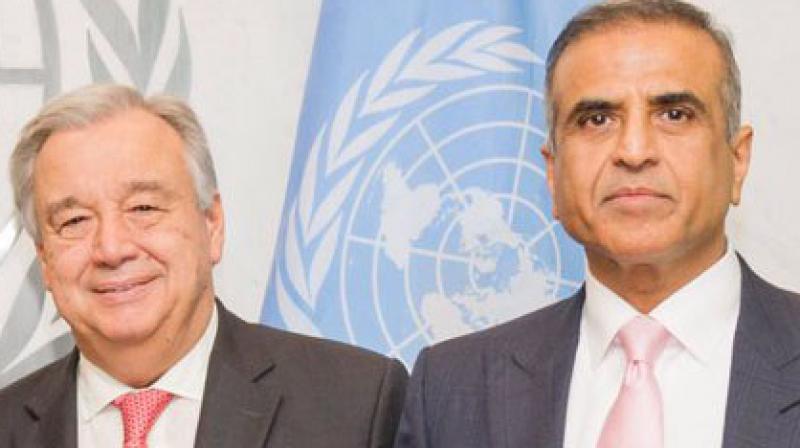 The two also discussed the challenges posed by growing populism and anti-globalisation sentiments, an ICC statement said. This was Mittal's first meeting with the UN Secretary-

General since the decision to grant ICC 'Observer Status' at the UN General Assembly last December.

The meeting was held at the UN headquarters in New York. During the meeting, Mittal -- who is also the chairman of telecom major Bharti Airtel -- underscored ICC?s commitment to use its newly granted status in the UN system to deploy "resources, expertise and knowledge of world business in implementation of the UN Sustainable Development Goals or SDGs, the statement added.

The SDGs are the most ambitious development agenda ever agreed at the international level and it is widely recognized that their successful implementation will hinge on widespread business action, the statement added.

The SDGs are call to action for ending poverty, ensuring education, protecting the planet and other global goals. "Secretary General Guterres welcomed ICC’s commitment to

the SDGs and noted that partnerships with the private sector would be vital to address major global challenges...(such) as climate change to mass-migration," Mittal said.

Mittal emphasised the significance of rules-based policy making to enable trade, innovation and job-creation in the context of SDGs. "Given the complexity of today’s global challenges, it’s vital that business has a clear voice in UN decision making," Mittal said.

He added that ICC would look to use its observer status to positively shape important debates on issues such as trade, financing, technology and corporate responsibility. The meeting was part of the ICC Chairman's mission to New York where he is meeting with senior UN officials and national ambassadors.

ICC also announced a new collaboration with the UN Refugee Agency to enhance business engagement in the international response to the global refugee crisis. Mittal took over as ICC Chairman in June 2016, and is the third Indian business leader to hold the position in the chamber's near-100 year history.