GST is a pan-India tax.

Mumbai: The Union Cabinet headed by Prime Minister Narendra Modi on Monday cleared four key legislations related to the Goods and Services Tax. With this, the government has inched closer to implement the pan-India taxation regime from July 1, its revised deadline.

Earlier, the government wanted to put into force the 'One Nation One Tax' system from April 1 which was revised due to several differences between the Centre and the states over sharing of power and revenues.

A government official said that the government now planned to introduce the key legislations approved by the Cabinet in Parliament during this week only. 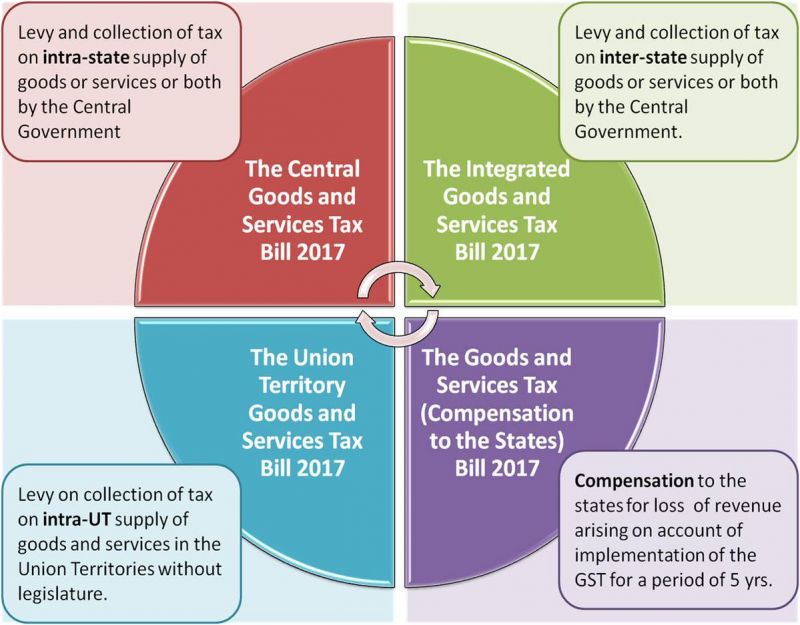 The model GST laws that were cleared today by the Cabinet include Integrated GST, Central GST, State or UT GST and one law related to compensations to the states.

All these supporting legislations will be tabled in Parliament as Money Bill which does not require approval from the upper house of Parliament. At present, the ruling Bharatiya Janata Party does not have a 'majority' and enough number of parliamentarians in the Rajya Sabha.

However, the BJP expects to increase its tally in Rajya Sabha after registering a massive victory in Uttarakhand and Uttar Pradesh assembly elections. In UP alone, the party now has 312 MLAs in the 403-member assembly.