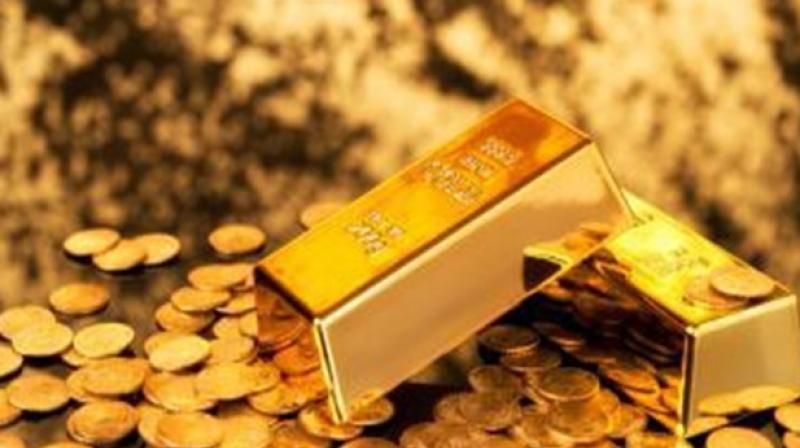 Gold prices dipped on Thursday after China unveiled measures to soften the economic impact of the coronavirus outbreak, but the metal held close to a nearly seven-year peak scaled in the previous session as concerns over the epidemic prevailed.

“It seems to be a bit more corrective mostly because ... it’s not just in gold that we are seeing a bit of a walk-back in risk-off dynamics, but across a variety of assets,” said DailyFx currency strategist Ilya Spivak.

China’s central Hubei province had 349 new confirmed cases of coronavirus on Wednesday, the province’s health commission said, down from 1,693 a day earlier and the lowest since Jan. 25, although it was accompanied by a change in methodology.

Also limiting any uptick in gold prices, the dollar was sucking up funds across Asia after a steep and sudden slide in the Japanese yen called into question its safe-haven status. The U.S. currency .DXY rose to a near three-year high against key rivals.

Analysts, however, said concerns over the outbreak capped losses in bullion, keeping prices close to a high of $1,612.62 hit on Wednesday, its highest since March 25, 2013.

“I suspect this means not everybody is buying into the hype that China is on the verge of controlling this virus.”

U.S. Fed policymakers were cautiously optimistic about their ability to hold interest rates steady this year, minutes of the central bank’s last policy meeting showed on Wednesday, even as they acknowledged new risks caused by the epidemic.

“Gold is getting its lions share of equity hedge-related buying, which is clearly showing up in the gold exchange traded funds (ETFs), which are increasing,” Stephen Innes, chief market strategist at AxiCorp, said in a note.