Recently, the government had removed the restrictions on airline capacities 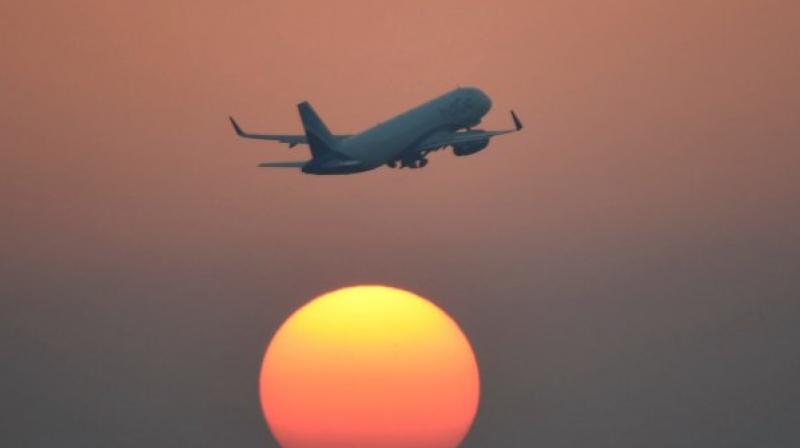 With vaccination picking up and the pandemic coming under control, revenge travel has caught up during the festive season. (Photo: AFP/File)

According to him, the fares to leisure travel destinations have gone up higher than the city routes. With vaccination picking up and the pandemic coming under control, revenge travel has caught up during the festive season.

“Leisure travel has recovered faster and the demand is much higher for domestic travel for such destinations. Fur-ther, people who are not able to travel to international destinations are now choosing domestic destinations,” he said.

Air fares to the leisure destinations went up 15 to 20 per cent since June 2021 and for the bookings being made for the festive period between October 7 and November 7, the rates are higher by 25 per cent.

However, corporate travel still remains subdued and the air fares between key cities have moved up only by 10 to 15 per cent compared to pre-pandemic levels.

Recently, the government had removed the restrictions on airline capacities. Goswamy hopes that fares would rationalise after Novem-ber 7 with the festive demand tapering and capacities normalising.

However, the higher aviation turbine fuel prices will remain a pain point. “ATF represents the single largest cost element for airlines, accounting for 30-40 per cent of their total operating expenses. As such, the profitability of the airlines is significantly impacted by the ATF prices, which have been subject to high volatility. In addition, the domestic ATF prices are derived from international fuel prices, denominated in US$, thereby rendering the ATF prices susceptible to exchange rate movements. Further-more, in India, the ATF prices are much higher than international benchmarks,”said Suprio Banerjee, vice president and sector head, Icra.