Growth rate held steady from a 6.9-per cent increase in first half of this year. 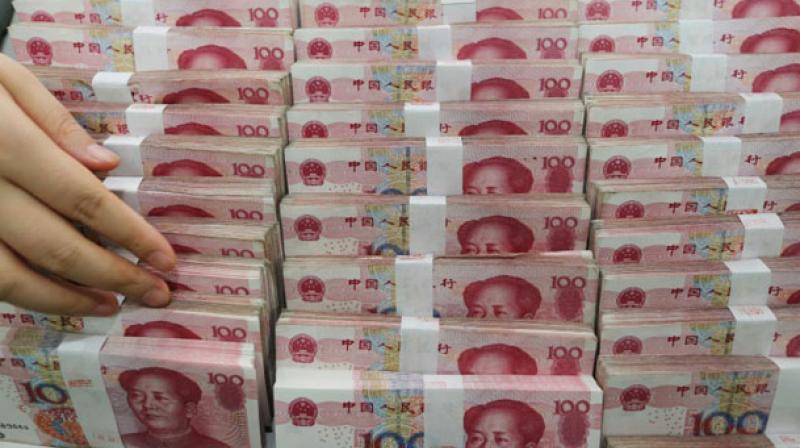 China's current growth rate is well above government's target for year of 6.5 per cent. (Photo: AFP)

Beijing: China's economy continued its firm growth in the first three quarters of this year, with gross domestic product expanding 6.9 per cent year on year to about USD 8.96 trillion, official data showed on Thursday.

The growth rate held steady from a 6.9-per cent increase in the first half of this year and is well above the government's target for the year of 6.5 per cent.

In the third quarter, China's GDP was up 6.8 per cent year on year, compared with 6.9 per cent in the second quarter, the National Bureau of Statistics (NBS) said.

This is the ninth straight quarter for China to see growth of 6.7 per cent to 6.9 per cent, maintaining medium-high growth and adding to evidence of further economic resilience, NBS spokesperson Xing Zhihong told reporters.

"The Chinese economy has maintained steady growth with a positive outlook in the first three quarters," state-run Xinhua news agency reported. Improvements have been made in both economic structure and growth quality, and new growth engines are gaining steam, said Xing.

The service sector expanded 7.8 per cent year on year in the first three quarters, outpacing a 3.7-per cent increase in primary industry and 6.3 per cent in secondary industry, according to the NBS.