Cigarettes will not be costlier under GST, clarifies CBEC chairman

Jaitley on Monday said that 28 percent GST will remain, and so will 5 percent ad valorem, as part of compensation cess. 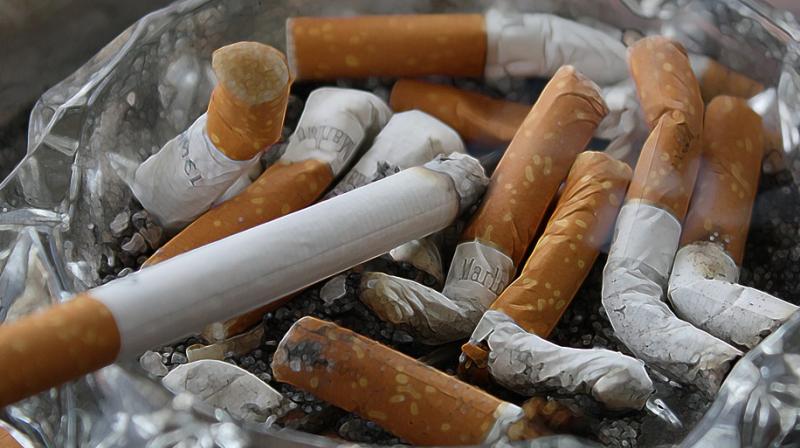 Cigarettes will not get costlier under, clarified CBEC chairman Vanaja N. Sarna.

New Delhi: Amid reports of cigarette prices surging post the rollout of the Goods and Services Tax (GST), Central Board of Excise and Customs (CBEC) Chairman Vanaja N. Sarna said only a rectification of an imbalance was made, and thus it will have no impact on the price of cigarettes itself.

"Cigarettes will not get costlier. There was an imbalance that needed to be rectified. This will not affect the price," she said, while speaking to media post an interaction with members of the Confederation of Indian Industry (CII), about the GST.

Clearing the air regarding the final GST rate levied on cigarettes, Finance Minister Arun Jaitley on Monday reiterated that the earlier proposed figure of 28 percent will remain, and so will the five percent ad valorem, as part of the compensation cess, effective midnight.

It was also decided that the fourth category of filter cigarettes will attract a 31 percent increase in ad valorem.

Speaking about the demands raised by textile traders, who ended their fortnight-long strike today, Sarna notified that unless there is a relevant justification, no rates will be altered by the council.

"The issue raised by the textile sector has snowballed, but is not something that cannot be resolved. The strike has been called off, and markets in Surat and Ahmedabad are operational once again. It is certain that any new tax will cause a pinch. However, a balance needs to be struck," she added.

Textile traders from Surat, Ahmadabad and other states staged a fortnight-long protest over the implementation of the new tax regime.

The protestors, who lashed out against the government over the lack of clarity in the GST, claimed their strike already has caused a loss of Rs. 6,000 crore to the government.

In Surat and Ahmadabad, markets remained closed with traders blocking traffic in certain areas, as they feel that the tax is too complicated for their understanding.

However, Jaitley on Tuesday clarified that the demand of the textile traders to not levy any tax on fabrics cannot be accepted.

He pointed out that nil GST on fabrics will break the input tax credit chain and then the garment manufacturers will not be able to get the credit of tax on previous stages.

Additionally, on the import front he said that there will be zero rating of imported fabrics, while domestic fabrics will continue to bear the brunt of input taxes.

He also pointed out that the organised traders and unorganised sellers in the textile sector have not been affected by the GST.

With regards to Prime Minister Narendra Modi's intervention, Sarna pointed out that no specific issues were raised by the former, adding that the focus was to primarily ensure smooth rollout of GST.

"Prime Minister Modi wanted to ensure that all governments are integrated to work as one unit. Our emphasis has always been on making sure that price surge and fall are monitored, no hording of goods takes place, and that there should be no shortage. In short, the common man should not suffer," said Sarna.

The CBEC Chairman further noted that a team of over 200 officials are monitoring the implementation, with each team monitoring four districts each, governed by a central government officer and other officials providing feedback at the ground level.