As per the data, this is the highest level of Wholesale price index-based or WPI inflation since February 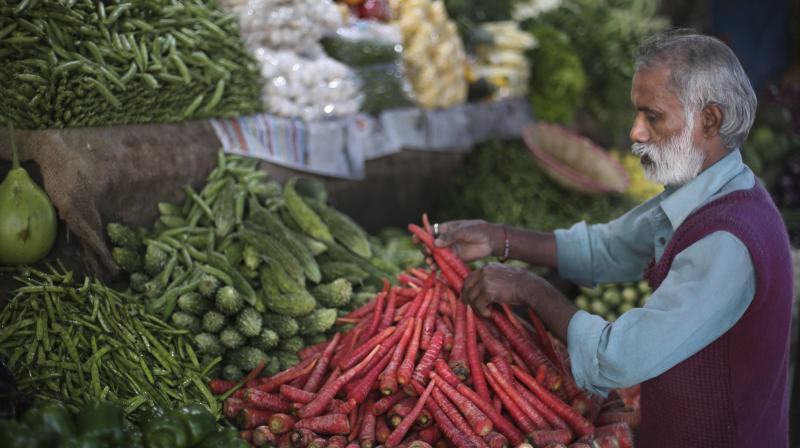 New Delhi: Driven by rising prices of vegetables and manufactured items such as vegetable oils, steel and basic metals, the wholesale price-based inflation went up to an eight-month high of 1.48 per cent in October, the data released by the Commerce and Industry Ministry showed on Monday.

As per the data, this is the highest level of Wholesale price index-based or WPI inflation since February when it was 2.26 per cent. The WPI inflation was 1.32 per cent in September and zero per cent in October last year.

"Some food article prices softened in October, while manufactured items witnessed hardening of prices in the same month. Food inflation in October stood at 6.37 per cent as against 8.17 per cent in the previous month," the data showed.

Similarly, the price rise in vegetables and potato remained high at 25.23 per cent and 107.70 per cent, respectively, during the same month. "Inflation in non-food articles and minerals was higher at 2.85 per cent and 9.11 per cent, respectively. While, in the manufactured products category, inflation stood at 2.12 per cent in October, compared to 1.61 per cent in September," the data said, adding that the prices in fuel and power basket softened to -10.95 per cent in October.

However, the retail inflation, based on the consumer price index, was 7.61 per cent in October, data released last week showed. The Reserve Bank in a report on the state of economy last week had also flagged unrelenting pressure of inflation as a downside risk confronting the prospects of economic recovery.