GDP to contract 16.5% in Q1 as COVID cases continue to surge: SBI report 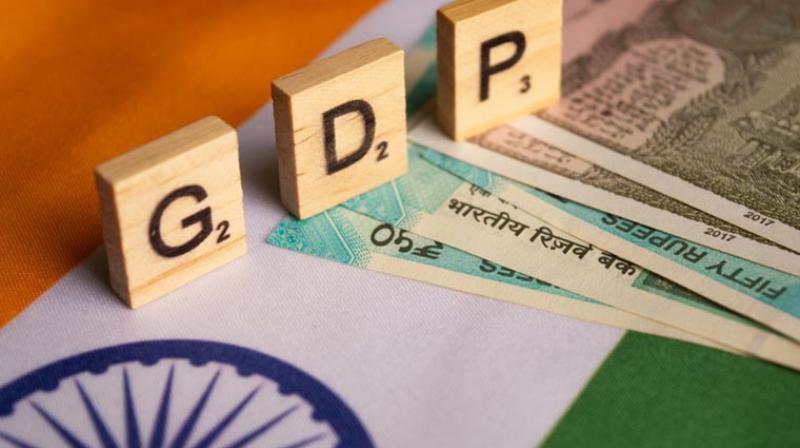 Mumbai: India's GDP is expected to contract by 16.5 per cent during the first quarter of current fiscal as the current Covid-19 pandemic is spreading at a much faster rate after the opening up of the economy, State Bank of India's research report Ecowrap said on Monday.

More worryingly, it said, the rural recovery is unlikely to support the pace of growth in subsequent quarters as the per capita monthly expenditure in urban areas is at least 1.8x of rural areas and rural wage growth in real terms might still be negative.

"This indicates that rural recovery will not have much impact on GDP growth. Thus it is of utmost importance to unveil further steps to support growth," said Soumya Kanti Ghosh, Group Chief Economic Adviser at SBI, in the report.

"In principle, revenue decline of listed companies has been far outstripped by cost rationalisation thereby not impacting margins," said the report adding that coronavirus significantly penetrated the rural areas in July and August.

The percentage of cases in rural districts to total new cases has risen to 54 per cent in August. Also, the number of rural districts with less than 10 cases have reduced significantly. Andhra Pradesh and Maharashtra have been impacted more severely with increasing coronavirus penetration in rural areas.

These districts contribute two to four per cent of the gross state domestic product (GSDP) of their respective states, indicating that cases are penetrating deep rural hinterlands, said the report.

India's doubling rate is at par with countries like Argentina and the United States. The world average is 43 days. Apart from this, India also has the highest death per million rate among major Asian economies, said the report.