anagariya added that currently Indian economy is on a much more stable path than it was between 2004-2014. 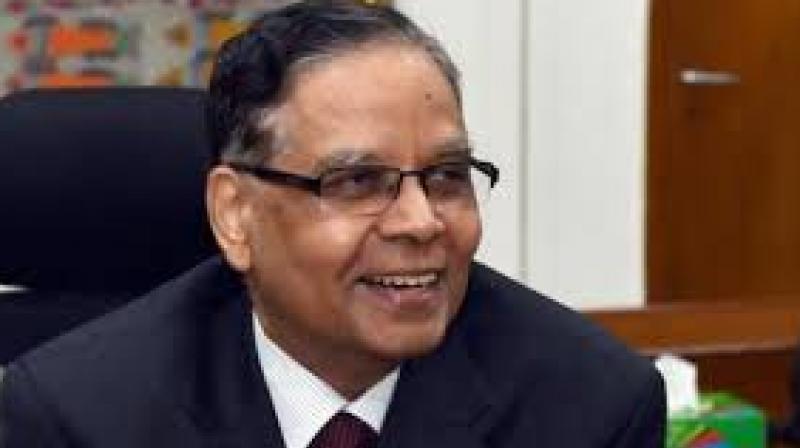 NITI Aayog Vice-Chairman Arvind Panagariya said India's GDP could rise to about USD 8 trillion over the next 15 years.

United Nations: India's GDP could rise to about USD 8 trillion over the next 15 years if the country registers an economic growth of 8 per cent annually and come very close to eliminating abject poverty entirely, NITI Aayog Vice Chairman Arvind Panagariya has said.

He said with that level of economic growth, living standards and amenities that are taken for granted in the west will become accessible to a very large part of the population in India in the coming 15 years.

"Today, the Indian economy is among the major economies, the fastest growing economy, it has now left China behind. It grew in real dollars in the last 15 years ending 2016-17 (at) about 9 per cent," Panagariya said here.

"Once we correct for the exchange rate (changes), in real dollars India's growth rate in the last 15 years has been about 9 per cent," he said at an interactive multi-stakeholder panel hosted by India's Permanent Mission to the UN, the NITI Aayog and think-tank Research and Information System for Developing Countries on Monday.

He added that if one were to "make a very conservative assumption that over the coming 15 years, India would grow eight per cent, (the country's) GDP would rise from 2.3 trillion dollars today to close to about USD 8 trillion," with an average income of over USD 5,000.

"At that level of income it is not simply that we will be very close to eliminating abject poverty entirely but a large part of the population will be very prosperous," he said, at the event titled 'Transforming India: Eradicating Poverty, Promoting Prosperity'.

"I really think that as you go forward, there is a major transformation waiting to happen in the lives of about 1.3 billion - 1.5 billion people by 2030. That will mean that much greater prosperity for the entire world," he said.

Panagariya noted that "unfortunately" from 2004 to 2014, reforms in the country came to a standstill. "Mistakes particularly during 2009 to 2014 actually ended up denting very badly India's growth process with the growth rate declining from about 8.3 per cent to about six per cent during 2012-13 and 2013-14," he added.

Panagariya added that currently the Indian economy is on a much more stable path. There are some of the "legacy issues" such as the non-performing assets of the banks and they are being tackled by the government, he said adding that inflation is down to below two per cent and the government has systematically cut the fiscal deficits.

Listing the "big-item and big ticket reforms" such as the Goods and Services Tax, Insolvency and Bankruptcy Act and the Aadhar Act implemented by the government, Panagariya said the benefits of those reforms are just beginning to happen.

He termed the Goods and Services Tax as a very hard fought reform that required not only a constitutional amendment but several legislations and approval of all 29 states of India.

On the Sustainable Development Goals, Panagariya said India itself has had a major influence on the 17 ambitious global goals and "most of the SDGs mirror India's own national policies", including the Food Security Act, housing for all, Clean India campaign, National Rural Employment Guarantee Scheme, programme for the girl child. Panagariya further said that it is "remarkable" that huge leadership for the SDGs is coming from the states in India and from the chief ministers.

"The kind of leadership that has been provided in China by the city mayors is effectively now being provided by the state chief ministers in India," he said. Addressing the session, Puri said China has already lifted hundreds of millions of people out of poverty and India too has done quite well recently.

Kher said India is making changes and progress across sectors and "if we don't see news channels and if we don't read newspapers, I discover that today we are really doing amazing things".

As individuals and citizens of the country, we need to know our responsibility towards the country. He pointed out that through movies such as the recent Akshay Kumar-starrer 'Toilet: Ek Prem Katha' that talks about the problem of open defecation in villages, films are contributing in spreading awareness about crucial issues central to achieving the SDGs.