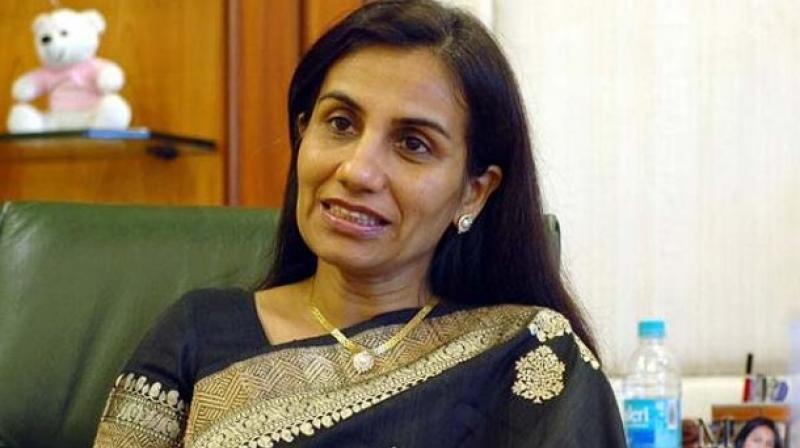 The Board of ICICI Bank will meet on Monday to decide on action to be taken against its CEO Chanda Kochhar. (Photo: AP)

Mumbai: The Board of ICICI Bank will meet on Monday to decide on action to be taken against its CEO Chanda Kochhar, the board will also give its nod to the proposal of appointment of Justice BN Srikrishna as the head of the committee to investigate the allegations.

The Board can decide on replacement of Chanda Kochhar as CEO, it can appoint ICICI Prudential Life Insurance Co's CEO, Sandip Bakhshi as its CEO.

The largest private sector lender's board had decided last month to investigate into the alleged quid pro quo in the loans provided by Chanda Kochhar to certain borrowers. Chanda Kochhar was on the credit committee that approved the loan to Videocon.

According to Sebi, CEO Chanda Kochhar did not adhere to the code of conduct, which required the disclosure of any conflict of interest in the case involving Videocon Group and NuPower Renewables. NuPower Renewables is owned by her husband Deepak Kochhar.

ICICI Bank had given Rs 3,250 crore loan to Videocon whose chairman Venugopal Dhoot co-founded a separate company, NuPower Renewables, with Deepak Kochhar. The loans are now considered as non-performing asset on the books of banks.