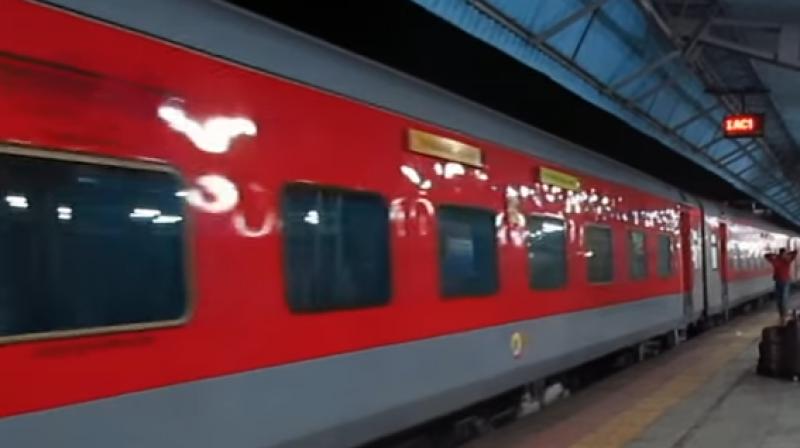 New Delhi: Dynamic or flexi-fare in Rajdhani and Shatabdi trains will be admissible under the Leave Travel Concession (LTC) allowance. The Department of Personnel and Training (DoPT) has issued a directive in this regard to all central government ministries.

The move comes after references were received from various segments seeking clarification on the issue of admissibility of flexi-fare while booking the tickets of these trains for the purpose of LTC.

Ministry of Railways have introduced a flexi-fare system in Rajdhani, Shatabdi and Duronto trains, where the base fares will increase by 10 per cent with every 10% of berths sold subject to a prescribed ceiling limit.

"The matter has been examined in consultation with Department of Expenditure, Ministry of Finance and it has been decided that flexi fare (dynamic fare) applicable in Rajdhani/ Shatabdi/Duronto trains shall be admissible for the journey(s) performed in these trains on LTC," the DoPT said.

This dynamic fare component shall not be admissible in cases where a non-entitled government servant travels by air and claims reimbursement for the entitled class of Rajdhani, Shatabdi and Duronto trains, it said.

"Such Government servants will get reimbursement of fare after deducting the dynamic fare component," the directive  said. As per norms, a government employee gets to-and-fro journey cost reimbursement when he avails LTC, in addition to paid leaves.