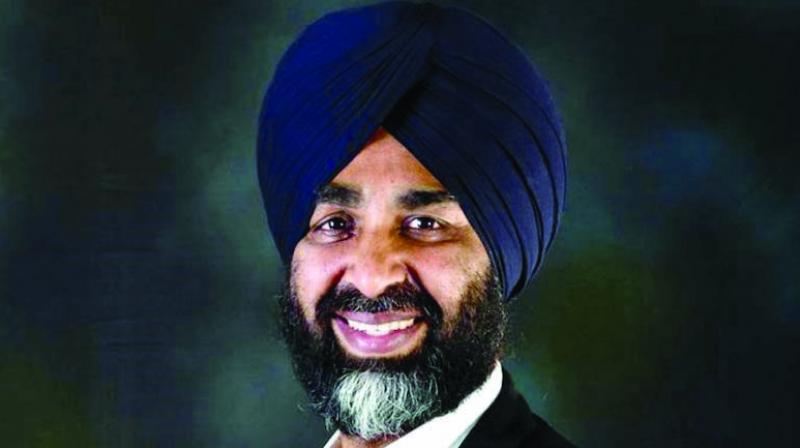 Chandigarh: Punjab Finance Minister Manpreet Singh Badal on Monday presented the state budget for 2019-20 with a total outlay of Rs 1,58,493 crore with no new taxes.

Focussing on agriculture, health, education and rural and urban infrastructure, the budget proposed hikes in the range of 9-36 per cent in the allocation of funds for these sectors.

However, Badal blamed the previous Akali Dal-BJP government for its "irresponsible fiscal actions" for the accumulated debt.

Badal further informed the state assembly that as against the allowed net borrowing limit of Rs 17,335 crore for financial year 2019-20, the debt servicing is a whopping Rs 30,309 crore.

"The servicing of the state's huge debt pre-empted its major revenue receipts, leaving it with little resources for credible efforts," said Badal.

Among new announcements, Badal said a new policy 'Make in Punjab' was being drafted to promote goods manufactured and produced in the state. A new iconic sports complex will be set up at Jalandhar and old age homes will come up at Barnala and Mansa.

"Our government in the next phase of implementation of the scheme, will waive off the loans of landless farm labourers and the families of farmers who have been forced to commit suicides," said Badal.

Choosing not to levy additional taxes in the budget, Badal hoped that the improved efficiency in tax compliance and administration and efficient delivery of public services would lead to economising on expenditure and close the gap.

The total receipts of the state have been pegged at Rs 1,54,170 crore, Badal said.

SAD-BJP MLAs raised slogans against him in the well of the house.

Despite the speaker urging them to go back to their benches, they refused to budge.

Later, the speaker "named" all the SAD-BJP legislators for disrupting the budget speech and adjourned the house for some time.