No shine in gold sales this Dhanteras despite kYC norms relaxation

Dhanteras is considered to be an auspicious day for buying gold, silver and other valuables. 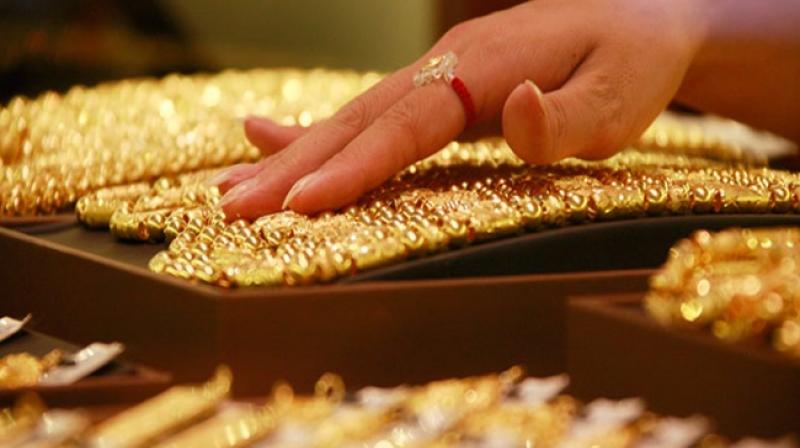 Gold and jewellery sales may remain flat this Dhanteras amid sluggish demand from consumers.

New Delhi: Gold and jewellery sales may remain flat this Dhanteras amid sluggish demand from consumers despite relaxation in KYC norms for purchase, even as people fancied automobiles and electronic items, according to industry players.

However, organised players like P C Jewellers, Kalyan, Talwar Sons and Jewellers are expecting 10-35 per cent jump in sales, thanks to the growing trust in quality and designs of products and competitive prices.

In India, unorganised players make up for roughly 70 per cent of the country's gold sales.

Dhanteras is considered to be an auspicious day for buying gold, silver and other valuables and is largely celebrated in northern and western parts of India.

Disposable income has not picked up and most buyers are restricting their purchase to tokens even as gold rates are ruling at comfortable level, he said, adding that exact sale figures will be known midnight.

Even though there is a positive buying sentiment after withdrawal of KYC (know your customer) requirement for purchase of over Rs 50,000, but most customers are preferring to buy automobiles and electronic items on EMIs.

"In jewellery industry, the EMI facility is allowed for selling 18 carat gold, platinum and diamond jewellery and not 22 and 24 carat gold jewellery," Khandelwal said.

World Gold Council India Managing Director Somasundaram PR said: "It appears that demand for gold jewellery and branded coins seems to be better than the past quarter particularly in relation to organised players.

"A good monsoon and stable gold prices are definitely encouraging consumers to make token purchases for the auspicious festival. The ensuing wedding season however, holds the key for the quarterly demand performance," he said in a statement.

This year digital channels have also increased consumer choices and created a more conducive environment where one can save and hold vaulted gold, he added.

In case of bullion, sales may drop 90 per cent this Dhanteras due to poor demand, he added.

Among organised players, P C Jewellers Managing Director Balram Garg said the company hopes to clock about 30-35 per cent growth in sales, thanks to the growing interest in designs and trust in quality of products, competitive prices and aggressive marketing.

Echoing his point, Kalyan Jewellers Executive Director Ramesh Kalyanaraman said: "Response is very good. It is too early to give final sale figures but we are confident of achieving 10-12 per cent growth."

Malabar Gold and Diamonds Chairman Ahammed MP said, "We expect good sales in this Diwali season. We expect more than 15 to 20 percentage points growth in sales compared to last year."

Chandigarh-based Talwar Sons and Jewellers said there has been good footfalls so far and it expects sales to be much better than last year.

Confederation of All India Traders President B C Bhartia said that even Dhanteras has failed to bring festive spirit in markets and low turnout of customers indicates economic slowdown continues.

"Market observers say that perhaps it is most disappointed Dhanteras for the traders in past more than 10 years. It is feared that if situation goes like this in remaining two days of Diwali, this slowdown may reach to 50 per cent in comparison to last year," he said.