Not in favour of continuing with MGNREGA forever: Tomar 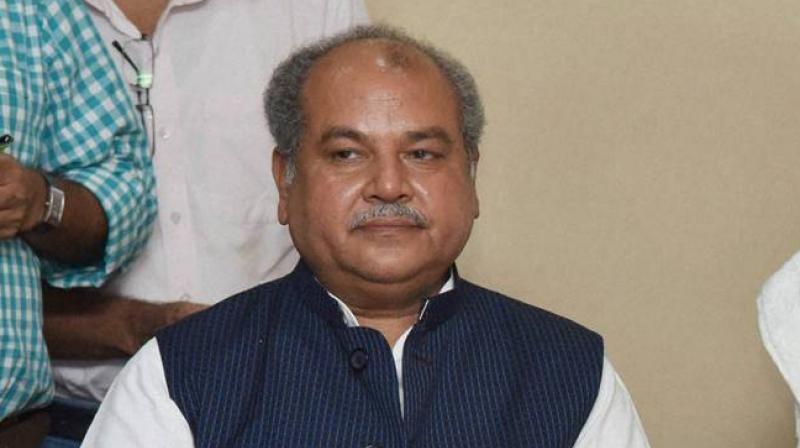 New Delhi: The government is not in favour of continuing with the MGNREGA scheme forever as it is for the poor and the Modi government's larger goal is to eradicate poverty, Union Rural Development Minister Narendra Singh Tomar said on Wednesday.

Replying to a discussion on demand for grants for the ministries of agriculture and rural development for 2019-20, Tomar also suggested that big corporates can learn from women self help groups as they have only 2 per cent NPAs.

Allaying concerns expressed by various members that allocation under MNREGA (Mahatam Gandhi National Rural Employment Guarantee Act) scheme has decreased in this budget, Tomar said it should be compared with budgetary allocation of 2018-19.

"We have improved MNREGA scheme to make it more people friendly... Now, under the scheme, 99 per cent of labourers are directly getting wages in their bank accounts. There is no middle man and broker," he said.

The minister also made it clear that government does not want to continue with MGNREGA forever as it is for poor.

"I am not in favour of continuing with MNREGA forever, because it is for the poor and government wants to eradicate poverty from India and is working in this direction," he said.

Appreciating women self help groups for providing employment in rural areas, he said the government has provided them with loans worth Rs two lakh crore and asserted that they are paying their dues in time.

"Entire House knows about NPAs of big people (corporate) whereas women self help groups have only 2.7 per cent NPAs and are ensuring employment for poor women in rural areas," he said.

The minister said during the Modi government's first tenure between 2014 and 2019, the overall budget for government's various schemes such as MGNREGA, PMAY, PMGSY and others jumped by 76 per cent to 5.77 lakh crore from 3.58 lakh crore in 2009-14.

He further said besides this there is also a provision for non-budgetary allocation for the rural development ministry from NABARD.

Sharing details of the Pradhan Mantri Awaas Yojana (grameen), the minister said more than 1.50 lakh houses have been constructed for poor or those living in 'kuchha' houses.

He added that another 1.95 lakh more homes will be constructed by 2022, and these will have toilets, power connection and gas cylinder.

Earlier, Speaker Om Birla pulled up BJP's Ramesh Bidhuri as he constantly tried to raise the issue of drinking water availability in Delhi despite being not allowed by the Chair.