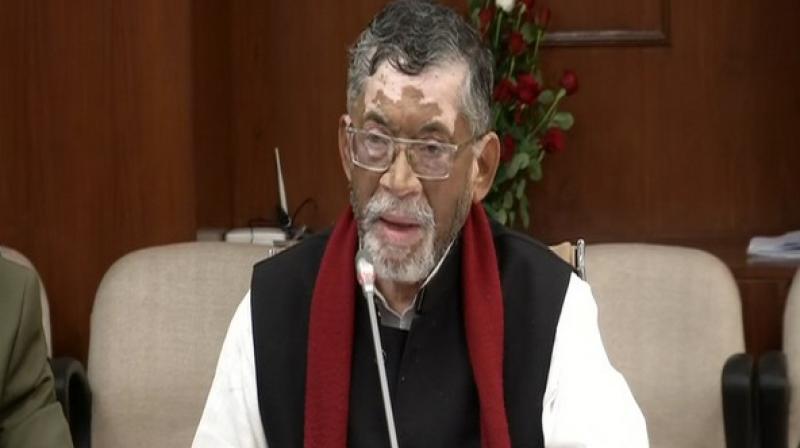 There is no separate published data for unorganised sector as a whole. "However, the shrinking of unorganised sector is a positive indicator of development," Union Minister Santosh Gangwar said in his written reply. (Photo: File | ANI)

New Delhi: Shrinking of unorganised sector is a "positive" indicator of development and the government will prepare a separate data on unorganised workers in India, Labour and Employment Minister Santosh Kumar Gangwar told the the Rajya Sabha on Wednesday.

The government has taken several measures towards expansion of jobs in organised sector, he said.

Responding to the supplementaries during the Question Hour, the Minister said, "...Our ministry will prepare a national data on unorganised sector."

Under the Pradhan Mantri Rojgar Protsahan Yojana (PMRPY) initiative, there has been a signifcant improvement in registration of beneficiaries and as many as 1.2 crore employees benefitted in the last three years, he said.

The health and maternity benefits are addressed through Ayushman Bharat Scheme. Recently, the government launched Pradhan Mantri Shram Yogi Maandhan to provide monthly pension of Rs 3,000 to the unorganised workers after attaining the age of 60 years, the minister added.