Top-100 universities will be permitted to automatically start online courses by May 30, 2020 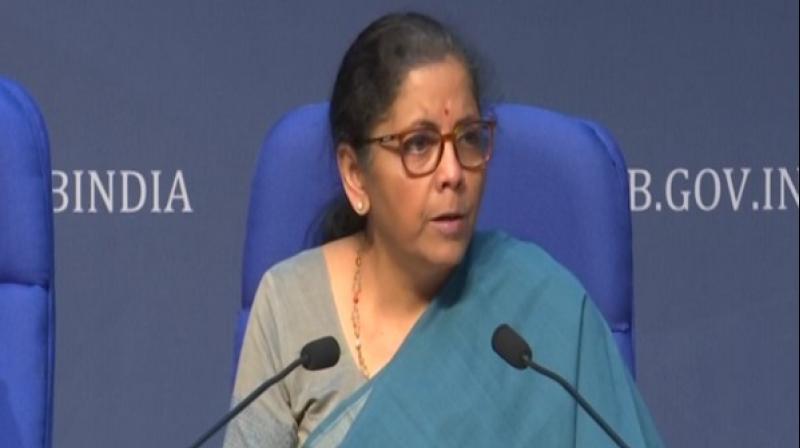 Announcing fifth and final tranche of the economic stimulus package, Finance Minister Nirmala Sitharaman said the allocation for MGNREGS is being increased by Rs 40,000 crore over and above the Rs 61,000 cr budgeted earlier.

Sitharaman announced that public expenditure on health will be increased and a dedicated hospital block for treatment of infectious diseases will be set up in each district across the nation.

"The public expenditure on health will be increased. Investment at grass root levels will be ramped up for health and wellness centres, both in rural and urban areas," she added.

Further speaking about changes being made in the Education sector in the wake of COVID-19, the Finance Minister said that the PM eVidya programme for multi-mode access to digital/online education will be launched immediately.

"This will consist of DIKSHA, a one-nation, one-digital platform facility for school education (one nation, one digital platform). One earmarked TV channel for each class (one class, one channel) will also be a part of this. There will be extensive use of radio, community radio stations and podcasts," she said.

The Finance Minister also announced a special e-content for visually and hearing-impaired children which will be made available in the coming days, she also lauded the Union Ministry of Human Resource Development for coming up with this plan.

"Top 100 universities will be permitted to automatically start online courses by May 30, 2020," she said.

She further spoke about 'Manodarpan', an initiative for psychological support of students, teachers and families for mental health and emotional well being to be launched in the next few days.

The EPFO, under the Union labour and employment ministry, has settled a total of 12 lakh claims under the Pradhan Mantri Garib Kalyan Yojana (PMGKY) package.

The provision for a special withdrawal from the EPF Scheme to fight the COVID-19 pandemic is part of the PMGKY scheme announced by the government and an urgent notification on the matter was made to introduce a para 68 L (3) of the EPF Scheme on March 28, 2020.

The announcements came after the Prime Minister Narendra Modi on Tuesday announced a Rs 20 lakh crore stimulus package for the country to become 'self-reliant' and deal with COVID-19 crisis.

Sitharaman had on Saturday said that the Central government will introduce competition, transparency and private sector participation in the coal sector and will do infrastructure development of Rs 50,000 crore.

On Thursday, the Finance Minister announced the 'One Nation One Ration Card', free food grain supply to migrants and creation of affordable rental housing complexes (ARHC) in urban areas for migrant workers and poor under the COVID-19 stimulus package.