CAIT, in a statement, claimed that "such hawala money might be transferred to Pakistan for conducting terror activities". 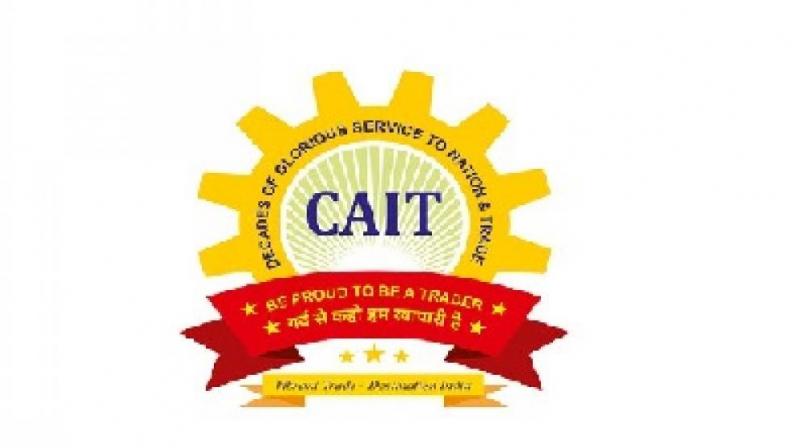 Calling it a serious matter, CAIT urged the government to start a high-level enquiry at Indian ports to bring an end to the crony nexus. (Photo: File | Twitter)

New Delhi: Traders' body Confederation of All India Traders (CAIT) on Sunday urged the government to probe Chinese goods imported through hawala channels, which is resulting in huge revenue loss to the exchequer.

CAIT, in a statement, claimed that "such hawala money might be transferred to Pakistan for conducting terrorist activities". Calling it a serious matter, the traders' body urged the government to start a high-level enquiry at Indian ports to bring an end to the crony nexus.

"Who are these hawala operators who facilitate the transfer of money from our country to China. Are exports to China being under invoiced and difference settled through hawala transactions or there is some other mode through which this money is going. This needs to be checked at the highest level in the interest of the security of our country," the statement added.

Stating that India is facing a big fight against terrorism, CAIT said, "There is no doubt that someone is funding the terrorist activities. It is necessary to understand whether this funding can be linked to under-invoicing of import from China. In this way, China is helping fund terrorist". This aspect also needs to be investigated in view of the fact that China is not standing with India in its fight against terrorism, it added.

CAIT National President BC Bhartia and Secretary General Praveen Khandelwal said that in order to attract lower customs duty and lower IGST (Integrated Goods and Service Tax), the declaration in many cases does not match the material that is actually being imported. This needs verification of documents along with the material that is imported from China, he said. CAIT statement also suspected that "it could be collusion or hand in glove offer with certain mysterious officers".

When such materials, which are grossly undervalued come to the port, customs duty is paid at a very low price. The IGST is also paid at a very lower price and then the material goes into grey market where it is sold at very competitive prices as compared to Indian goods where GST is paid at full amount, the statement said.

According to CAIT, it could be easily substantiated if verification of IGST paid at customs port is linked to the credit for IGST taken by importers. "Surprisingly, it will be seen that in most of the cases, where Chinese goods have been imported, nobody has claimed IGST. This proves the point that the importer has sold the material in grey market for which nobody has claimed IGST paid at the time of imports," it said.

If the government takes up this matter and is very vigilant that customs duty and IGST is recovered at the real value of imported material, Chinese goods will become costly automatically as compared to Indian goods which bear full amount of GST, the CAIT added.