The Finance Minister was in the United States to attend meetings of the World Bank and the IMF. 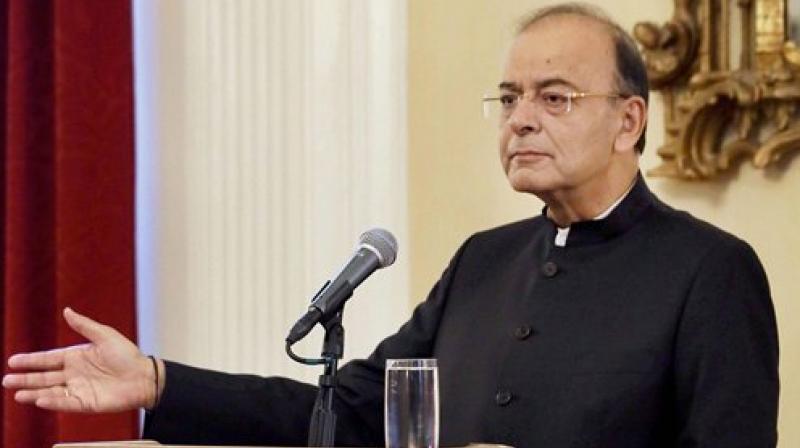 The US-India economic ties are quite strong and diversified and were strengthened further with Finance Minister Arun Jaitley's visit to America. (Photo: PTI)

Washington: The US-India economic ties are quite strong and diversified and were strengthened further with Finance Minister Arun Jaitley's visit to America during which he raised some of the key issues of concern with the American leadership, a top Indian official has said.

Economic Affairs Secretary Subhash Chandra Garg, who visited the US last week to attend the annual meetings of the International Monetary Fund and the World Bank, said the bilateral relationship received a boost with Jaitley's meetings with US Treasury Secretary Steven Mnuchin and Commerce Secretary Wilbur Ross.

Garg said Jaitley raised some issues of concern to India, including the H-1B visas, in his meetings during his week-long visit to the US which ended yesterday.

"One of the issues is relating to these visas and also the Social Security contributions," Garg told PTI, asserting that there are some fundamental problems in that.

"Visas are granted for five years to seven years, whereas for Social Security you have to have a 10-year stay here.

"This means that those who come on this kind of immigrant visa and don't stay or get converted to the green card all of them have their Social Security contributions lost to the American system," Garg said, in an apparent reference to the H-1B visas for which the maximum duration stay generally is six years.

Jaitley reemphasised the need for the issue to be sorted out, he said, adding that the top Trump administration officials have taken note of India's concerns and have promised to look further into how it can be resolved.

"From their point of view this is not an easy decision (as) this affects many countries," Garg said.

He said the US-India economic relationship is quite strong, very diversified and has many dimensions.

"As you have big relationship between two large democracies with very strong economies, and now that the relationship is strengthening day by day, there would always be issues (among them)," he said.

Garg said the balance of trade between India and the US might not be an outcome anytime soon as their economic relationship is market driven with New Delhi not imposing any restrictions on American companies.

He said the bilateral trade takes place on the "relative competitiveness as well as the resource location".

Noting that India will never have a balance of trade in the Middle East as it imports a great deal of oil, Garg said that while India had adverse balance of trade with many countries in the world, it also has a positive trade balance with others, including the US.

"Therefore, I don't think whole relationship should be seen into a framework that every country with every other country should have a balanced trade. That does not happen," Garg said.

"We have not put any major restrictions on the US imports into the country. So, there's nothing which stops US companies to make exports to India. The US needs consumption, US needs goods therefore it imports. So, it is that kind of economic relationship where probably having a balanced trade might not be an outcome anytime soon," Garg said.

He said to address this trade imbalance, the US might try exporting more to India which the latter will welcome. "That's how it goes," Garg said.

Early this month, the first consignment of American crude oil reached India and the Indian companies plan to purchase crude oil worth USD 2 billion in the next one year. India has also placed a large defence order with the US worth billions of dollars.

Asked if the India-US trade was driven by the market realities on the ground, Garg agreed, saying "It's true".