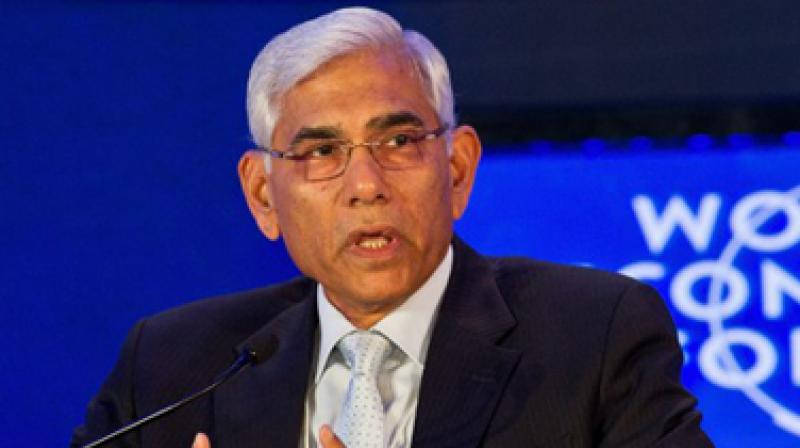 New Delhi: Capital infusion of Rs. 10,000 crore for public sector banks earmarked for 2017-18 may be enough and government may also go for rights issue to inject more money, Banks Board Bureau (BBB) chief and ex-CAG Vinod Rai said on Thursday.

"It (Rs. 10,000 crore capital infusion) should be enough, because government would probably be going for rights issue also. So, the Rs. 10,000 crore will be able to leverage much more from the market," Rai told reporters at the sidelines of the launch of a new Bandhan Bank branch in Delhi on Thursday.

He was responding to a query on whether Rs. 10,000 crore capital infusion into PSBs for the next fiscal, beginning April, would be adequate to meet requirements.

Asked about the concept of a bad bank, Rai said much can be argued on both sides, and it is a question of implementation.

Rai also said that the Banks Board Bureau has sent its recommendations to the government to appoint CMD of the Indian Overseas Bank (IOB), the post for which has been lying vacant.

IOB Executive Director R Subramania kumar is tasked with the additional charge of MD&CEO of the bank as of now.

While launching the Bandhan Bank branch, Rai said that he has been closely following Bandhan's financing model since very beginning and lauded its efforts to serve those who have been denied opportunities.

"Banking today is at a juncture which is very critical. In the one hand you (banking sector) have very huge amount of stress in the balance sheets, you (Bandhan) are not a part of it, but you still will be servicing that person who has been denied opportunities," Rai said.

The best thing you did was even when the crisis hit, as microfinance institution you could survive it because your fundamentals were very strong, he added.

Bandhan Bank MD&CEO Chandra Shekhar Ghose said that it is  among the fastest growing private sector bank and has reached a customer base of 1 crore in just 18 months of its operations.

He said the bank has mobilised deposits worth over Rs. 19,800 crore and its loan book stands at about Rs. 20,200 crore as on date.

"We have 805 branches across the country and out of that 68 per cent branches are rural. This is the first private bank to have 68 per cent branches as rural. There is a business opportunity in Delhi...Every day we are opening around 9,000 accounts. We have also reduced the interest rate for micro borrowers by 4 percentage points in this short 18 months," he said further.