Business   Economy  15 May 2020  Stimulus or sleight of hand? Rs 6L crore is the packaging, Rs 24k crore is the cake
Business, Economy

The other measures on equity infusion into MSMEs would need to be watched for uptake, given the poor execution of such schemes in the past 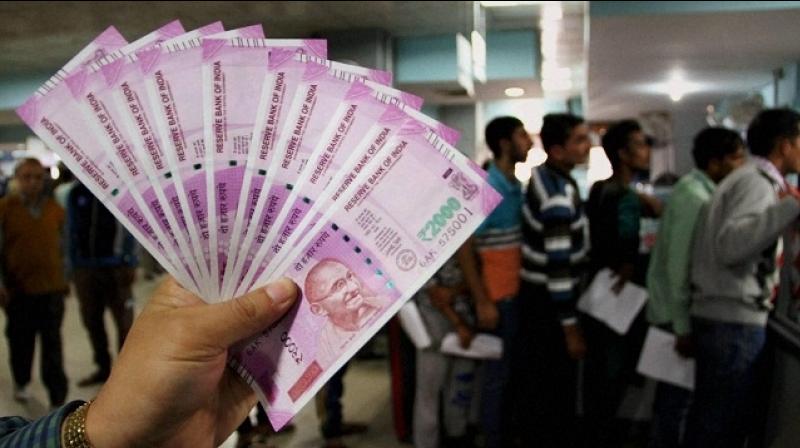 Loans will be secured against receivables and guaranteed by respective state government. (PTI Photo)

Chennai: While the first tranche of the stimulus package announced on Wednesday by finance minister Nirmala Sitharaman for MSMEs, NBFCs and others gave the impression of a Rs 6-lakh crore headline package, the actual cost borne by the government in FY21 will be just Rs 24,000 crore.

Billed as the first tranche of the Rs 20-lakh crore package, the actual hit to the government is minuscule compared with the headline numbers, according to Emkay Global Financial Services.

"The headline announcements added up to Rs 6 lakh crore of the package, but the actual fiscal hit felt by the government should be only Rs 24,000 crore, or 0.12 per cent of GDP in FY21. The true cost to the government, however, will be realised only over the coming years on the guarantees given," finds Sunil Thirumalai, head of research, Emkay Global.

One of the biggest headline numbers was the automatic loan package of up to Rs 3 lakh crore for MSMEs, fully guaranteed by the government, four-year tenure and a moratorium for 12 months. There should be zero fiscal hit this year on this account, and the true fiscal impact will be known only over next few years when the loans come up for repayments and guarantees are invoked upon events of default.

The other measures on equity infusion into MSMEs would need to be watched for uptake, given the poor execution of such schemes in the past. The liquidity windows for NBFCs--Rs 30,000 crore fully guaranteed and Rs 45,000 crore guaranteed up to 20 per cent--is 2 per cent of the total borrowings of the NBFC/HFC/MFI sector.

It will be crucial to see its implementation, as to how a small amount will be distributed across many claimants for the funds. This is in addition to the RBI liquidity window for NBFCs/MFIs of Rs 50,000 crore announced earlier, where the response from banks was muted.

The liquidity measures for the discoms carried Rs 90,000 crore headline number. But the fiscal impact will be nil, said Thirumalai. As against the Rs 94,000 crore owed by Discoms to Gencos and Transcos, state-owned PFC and REC will lend Rs 90,000 crore to Discoms to pay off these dues.

The loans will be secured against receivables and guaranteed by respective state government. However, since it comes with additional riders and conditions, it has to be seen how much of this will be actually disbursed. Given the adequate capitalisation levels of PFC/REC, the fiscal impact should be negligible, finds the report.

Further, the reduction in the EPFO contribution from 12 per cent to 10 per cent carried a headline of Rs 6,800 crore, but the fiscal hit is nil. It is a small tweak of rules that allows the companies/employees to save less for the future so they can spend more today.

In addition, the finance minister also announced a few non-monetary measures such as the decision to keep out foreign competition from all government tenders of size less than Rs 200 crore and the six-month extension offered to all projects, goods and services contracts.

The government actually saves cash to the extent these project milestones are delayed.

Reacting to the stimulus on Wednesday, former finance minister P. Chidambaram had said: "such measures do not amount to fiscal measures of support and nowhere in the world are they included or counted in a fiscal stimulus package."