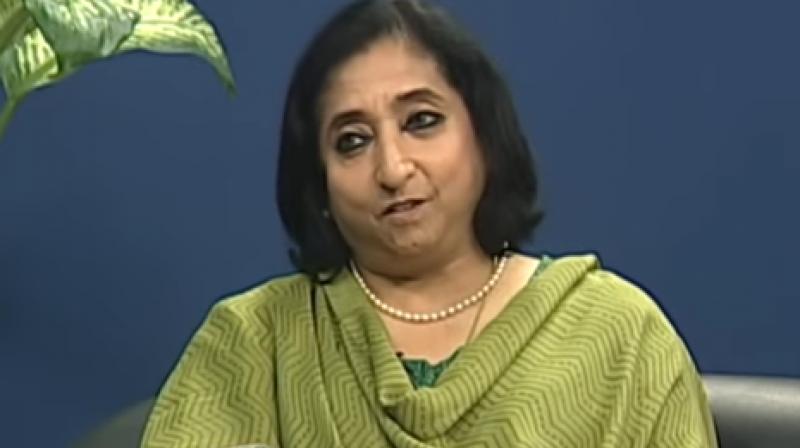 New Delhi:Racing against time for GST rollout, Central Board of Excise and Customs (CBEC) chief Vanaja N Sarna has sanctioned Rs 1 crore to each of 23 zones to conduct an outreach programme about the new tax regime.

Sarna asked officials of each zone to carry out the outreach at the local level to explain the new structure as also its benefits, registration and compliance. "To implement this, zonal chief commissioners have now been requested to utilise an amount of Rs 1 crore out of the funds under the 'O.E. General' head for this purpose," she wrote in her weekly newsletter.

The funds, she said, should be used for extensive outreach for educating taxpayers on legal and procedural aspects and the compliance expected under GST. "At this point, I urge you to take this opportunity to project our department as the prime facilitator for taxpayers in their migration to GST.

This is the time to make our presence felt. Efforts made in the direction of taxpayers' education and facilitation in coming months will hold us in good stead with various stakeholders," she wrote.

The President has given his assent to four supporting legislations, putting the July 1 rollout of the new regime on track. GST will subsume central levies like excise and Customs and state ones like VAT into a national unified sales tax.

She said the work on fitment of all goods and services into five tax slabs of 5, 12, 18 an 28 per cent is in progress.

"At this stage, it is of paramount importance that we have an effective outreach to all the stakeholders to inform them of the salient features and benefits of GST," she said. In the previous newsletter, she had stated that as part of the outreach programme, 24 print advertisements had been taken out in almost 200 different newspapers and outdoor GST

Special GST awareness campaign has been displayed through 12 Air India aircraft and TV advertisements, and radio jingles are being run on major channels. Also, a YouTube channel named 'GST_India' has been created featuring major interviews and parliamentary discussions.

"I urge all of you to carry out outreach programmes at the local level so that we cover the entire length and breadth of the country. At this crucial stage, it is important that all stakeholders are suitably informed of the salient features and benefits of GST," she wrote.

Stating that migration of existing central excise and service tax assessees to the GST-Network (GSTN) is an area of concern at this stage, she urged all chief commissioners to fast-track the process.

Tags: cbec, gst rollout, central board of excise and customs