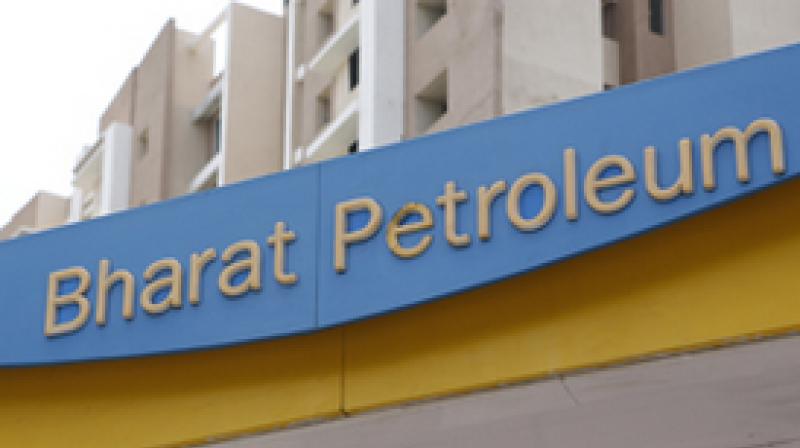 Pandey said that the government is expecting disinvestment of BPCL in the last quarter as well. (Photo- BPCL)

New Delhi: Following the successful completion of the disinvestment of Air India, the government expects to carry out the divestment of BPCL in the current financial year. The government will also come up with Initial Public offerings (IPO) of Life Insurance Company (LIC) during the last quarter of this financial year.

Speaking to ANI, Secretary of Department of Investment and Public Asset Management (DIPAM) Tuhin Kant Pandey said: "LIC IPO will be a very major event. We are preparing hard for it and hopefully, we will be able to bring it out in the last quarter of the year."

Bharat Petroleum Corporation Ltd (BPCL) is another company that is on the divestment list of the government. Pandey said that the government is expecting disinvestment of BPCL in the last quarter as well.

The DIPAM Secretary said, "Due diligence process of BPCL is on. It is a very large company. So a lot of work is going on in the due diligence there, and we hope to conclude it as well."

Pandey said we have received financial bids for strategic divestment of Central Electronics Ltd (CEL) which can be the next company to be disinvested.

Pandey said "We have got the financial bid and the process now moves to the concluding stage. We do not know yet what are the offers or whether the offers would be good enough for us to disinvest. It is still sealed in the envelope. But, yes, the process has reached that stage of disinvestment."

Highlighting the disinvestment target of the Central government, Pandey said, "We have a number of transactions which are ongoing. Strategic disinvestment has basically two parts. One is the first stage in which we invite the expression of interest and qualify people based on certain criteria, which are specified in the Expression of Interest. And after that the qualified bidders do in detail the due diligence on the companies through, you know, looking at the contracts, looking at the companies in greater detail, looking at their assets, and also the share purchase agreement which is a draft share purchase agreement which is given to them. Then the conditions are specified and final conditions are agreed upon, and thereupon everyone gets to see. Having seen the essence and seeing the data about the company, having done the due diligence and having agreed upon the final terms and conditions, we invite the bids in the RFP. After the bids are there, then we will determine the reserve price. And then we will open the bids to get it, and based on the highest bid we will choose the winning bidder. Thereafter the conditions will be satisfied and things will be closed. So this is the broad process. We have several transactions which are in an advanced stage, advanced stage of due diligence, and once the financial bids are obtained from them, thereafter we will move towards the concluding stage. So this is broadly it. We have got several transactions like Shipping Corporation of India, BEML, Nilanchal Ispat, Pawan Hans, Central Electronics. In fact, we have received their bid day before yesterday. So there, we hope that we would be able to close the transaction and transactions just carry on like a pipeline. And advanced stage... it can be done in April or May and June as well. So this is depending upon where the transaction is."

The DIPAM secretary is confident of achieving the disinvestment target set by the Centre for 2021-22 fiscal of Rs 1.75 lakh crore.

Pandey said, "Our effort is to just carry on with the work and try to use the opportunities, whatever happens, and a lot depends upon the bidders. A lot depends upon the way they complete due diligence. There was an impact on us due to the second wave. We lost. You know, first quarter to leave. But now that things are back on track, we are confident that things will move forward. How much we will be able to do, only time will tell, but we are moving towards the closing of several transactions."